It was a dry, overcast, morning, with occasional fine drizzle and a forecast of heavier rain later. But we opted for an outdoor day and headed for Hoylake, where there was a high tide of 9.7m due at 11.24. 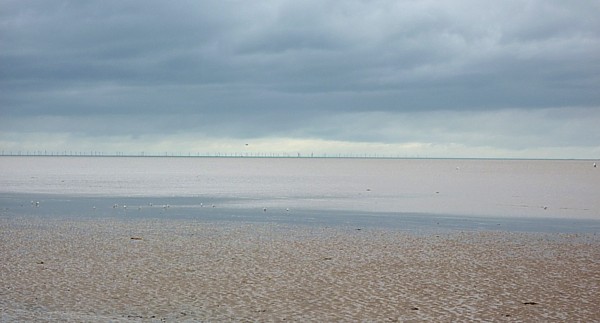 Just outside Hoylake Station was a Pied Wagtail in the car park, and a planter with a sign saying “Incredible Edible Hoylake”. It was empty when we passed but in summer there are food crops to which the residents may help themselves.  The masses of civic daffodils were out, and the street sculpture is impressive, based around a punning use of “knots”. There is a poem called “Knots” by Elizabeth Davey, rope motifs on the bike stands and benches and there are two sculptures of linked birds by David A Annand, one on the pavement and one on the roundabout. All very clever and appropriate. 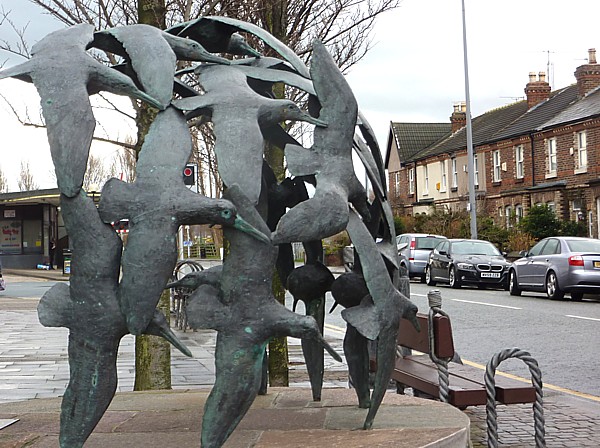 There was a Magpie on a lawn at The Kings Gap and we hoped to see great flocks of birds on the shore, but when we got there the water was already so high that the birds had flown. There were just gulls bobbing on the waves, Black-headed Gulls, Herring Gulls, Lesser Black-backed Gulls and a few Greater Black-backed Gulls further out. There were occasional fly-bys of small flocks of Oystercatchers, Curlew and Knot. 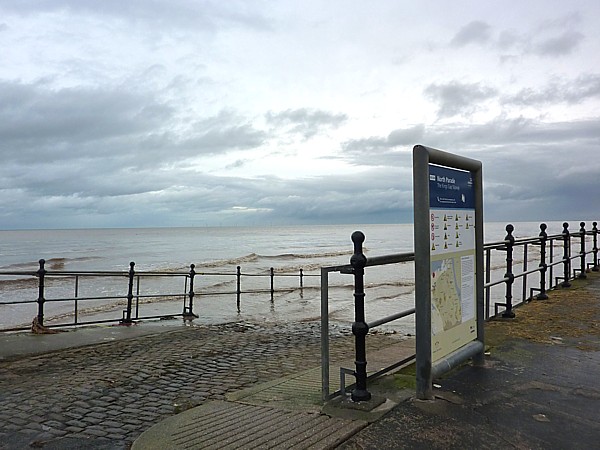 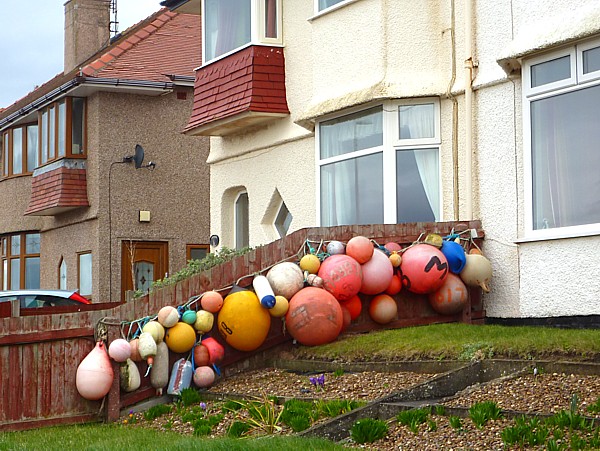 On the rocks behind the Lifeboat Station is the second children’s pirate ship, sister to the Black Pearl at New Brighton, called, appropriately enough, Grace Darling. 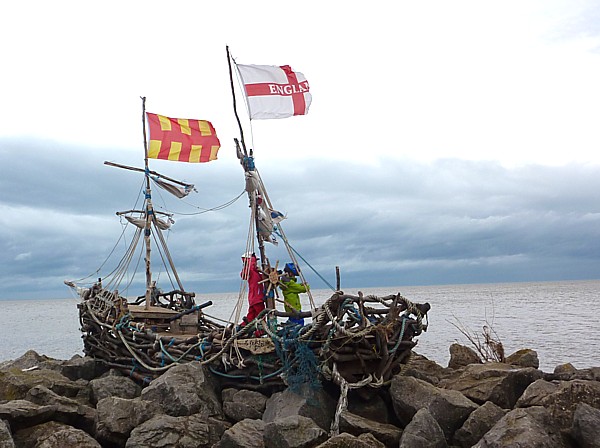 We ate lunch in Queen’s Park then walked back to The Kings Gap, where there was now enough beach for us to get along to Red Rocks.  We splashed along the wet, ripply beach, nearly paddling in places! There were “Mermaid’s Purses” (dogfish and small shark egg-cases) entangled in the seaweed. 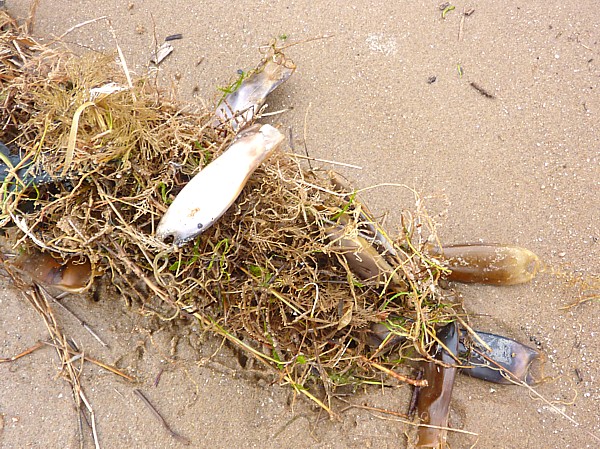 A Grey Wagtail flew in off the sea, perhaps from Hilbre, and started pecking about in the green algae on the sea wall. A few Redshanks were lingering in the remaining pools, against a backdrop of windsurfers and distant wind farms. 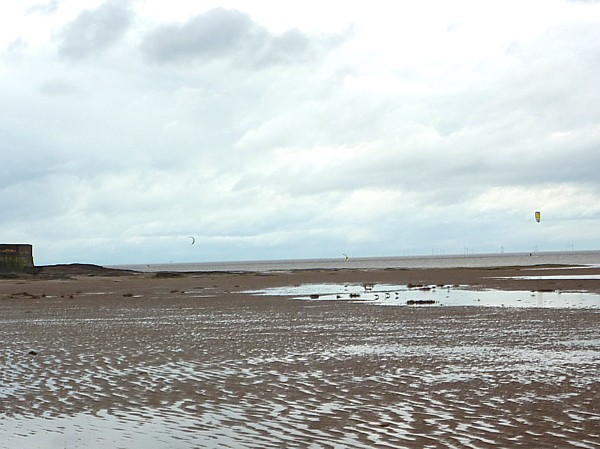 On Red Rocks we spotted a Rock Pipit, a Kestrel swooped past and we heard a Skylark. As we rounded Red Rocks its started to rain intermittently, and as we headed into the blustery wind along the marsh path to West Kirby there were Crows on the path, a Meadow Pipit on the edge of a pond and, in a brief dry spell, a Skylark was fluttering and singing high overhead.

As we neared West Kirby we could see the storm damage from the St Jude storm in late October 2013.  Some beachside lawns had great chunks eaten out of them, which have now been filled in with raw earth, and all the barriers made of concrete “planks” had been chewed up and thrown around, but the fences made of railway sleepers seem to have held.

Public transport details: Train from Lime Street to Hoylake at 10.33, arriving just after 11am. Returned on the 14.31 train from West Kirby.