Posted on February 11, 2014 by Sabena Blackbird

Seventeen MNA members joined our first coach trip of the year to the Lancashire Wildlife Trust Nature Reserve at Brockholes just off the M6. Given the recent prolonged heavy rains exceptional foresight was shown by Adam Khan architects design of the visitor centre named ‘A Floating World’ comprising of a cluster of buildings based on an ancient marshland village that floats amongst the reedbeds on one of the site’s lakes.

After looking around the visitor centre and a couple of members talking to BBC Lancashire Local Radio about our visit we braved the blustery winds and drizzle and headed off. I became side-tracked looking at fungi on the twig fence leading down to the visitor centre from the car-park finding Exidia plana – a shiny black gelatinous fungi with individual fruit-bodies blending into one another like the folds of a brain; Waxy Crust Vuilleminia comedens – a grey resupinate fungi with purple tinges growing beneath the bark on dead branches causing the bark to characteristically roll-back and Tukeytail Trametes versicolor. On looking up the group had disappeared! However upon catching up with everyone at the end of the day we seemed to have seen most of the same species. 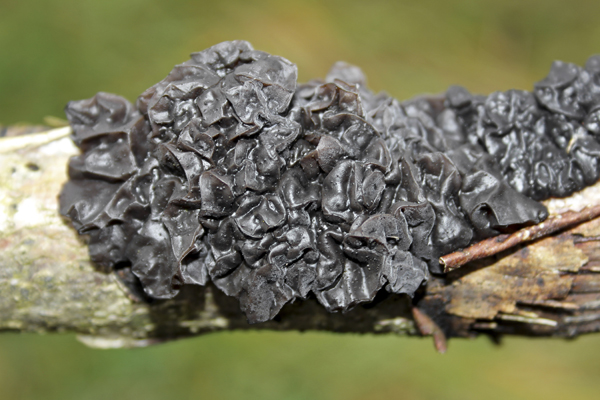 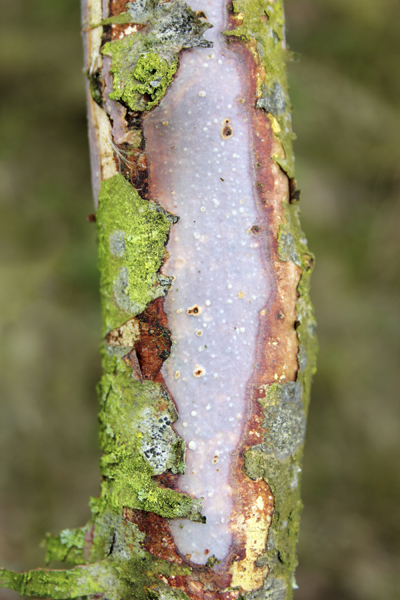 The lakes held resident and winter wildfowl with Canada Geese, a few Mute Swans, Grey Heron, Mallard, Teal, Gadwall, Tufted Duck, Great Crested Grebe, a couple of male Shovelers, a pair of Goldeneye and a motley collection of Cormorants stood in line on the edge of one of the islands. The feeding table had a male Pheasant and Woodpigeon perched on top, Mallards hovering up any spilt feed, along with Chaffinch and Great Tits. The woodland was productive with singing Wrens, Dunnocks, Robins and Blackbirds; Great and Blue Tits, Goldcrest, Nuthatch and Treecreeper. John Clegg’s group noted flowering Snowdrops in the woodland.

I spent most of the day scrambling about the fallen and felled trees in the ancient woodland of Red Scar Wood where I found a scattering of Fungi. Jelly Ear Auricularia auricula-judae – large numbers of this common pinkish brown ear-shaped gelatinous fungi growing on Elder, Common Inkcap Coprinus atramentarius, Glistening Inkcap Coprinus micaceus – dense clusters of this tawny-coloured bell-shaped Fungi growing on a fallen log. 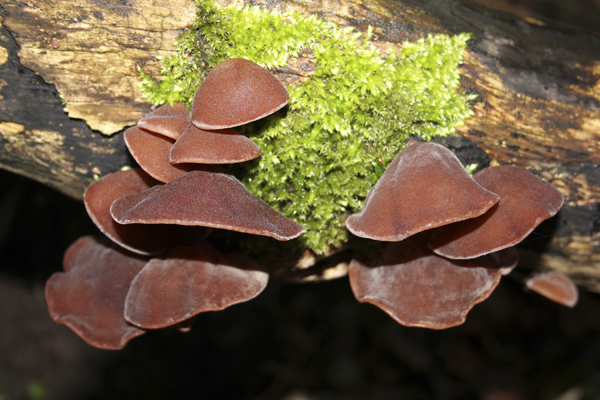 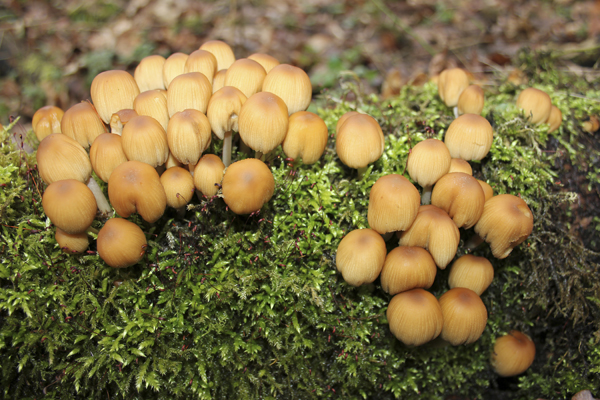 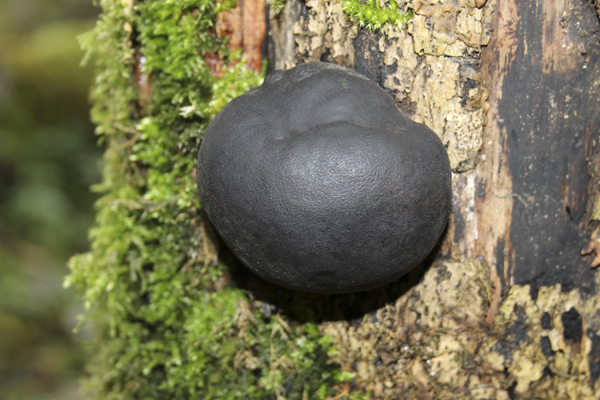 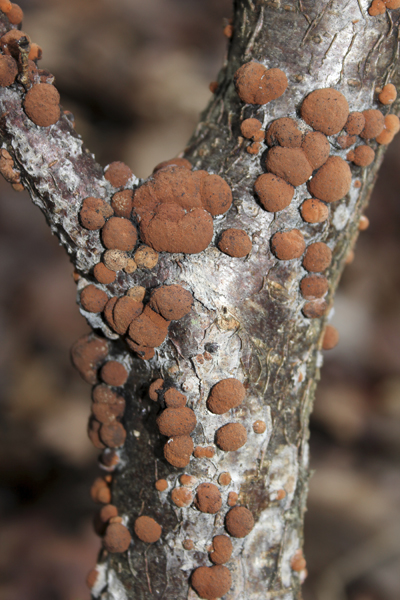 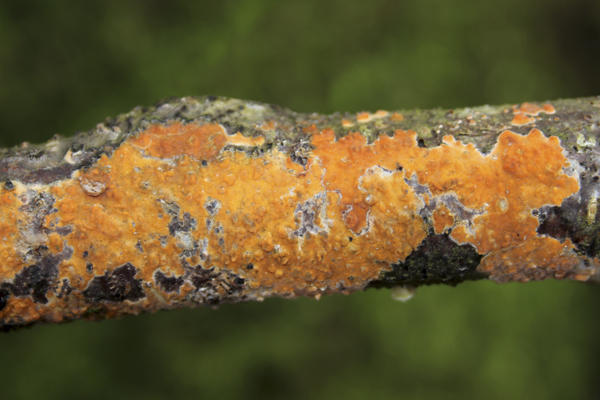 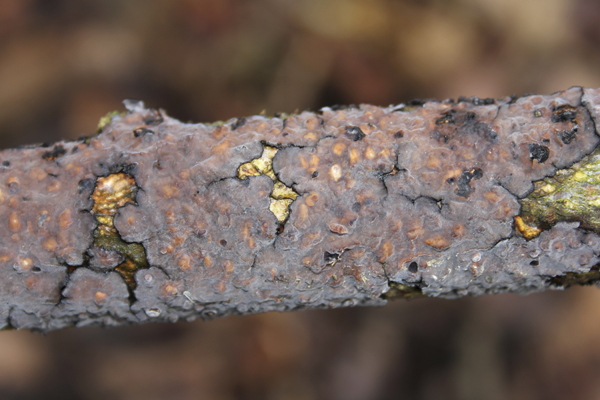 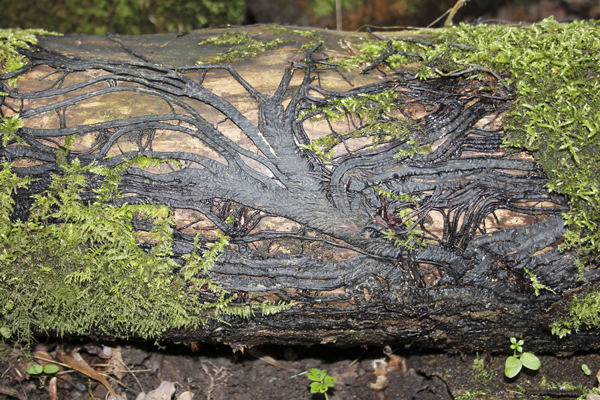 Find of the day was Scarlet Elfcup Sarcoscypha austriaca – a friend had noted seeing lots of these recently at nearby Leighton Moss RSPB reserve so I was hopeful I’d see some today. I spotted my first group of these bright red cup-shaped beauties close to the path – Dave Bryant’s group also saw these particular ones. The inside of the cup is smooth whereas the outside has whitish hairs that are curly or corkscrew shaped. With more searching I found four cups in pristine condition 🙂 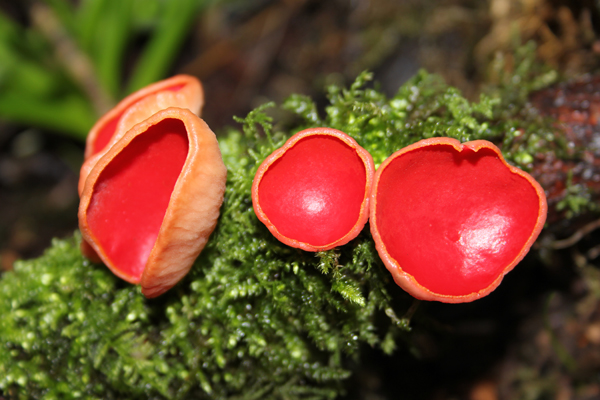 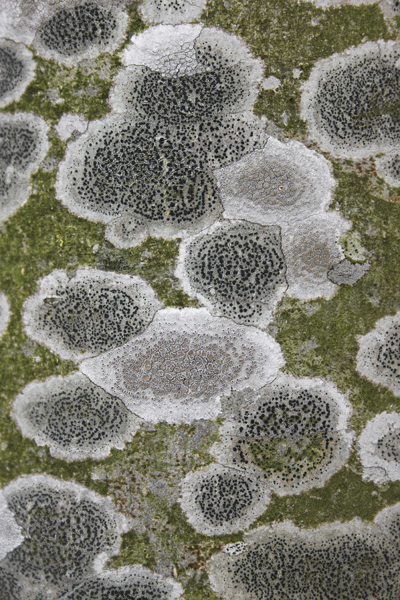