Report from Tony Carter:
In the course of a year, numerous species of fungi are collected and recorded. Most are common, some are unusual. But it is a bad year if something special fails to turn up.  These are my highlights of 2013. 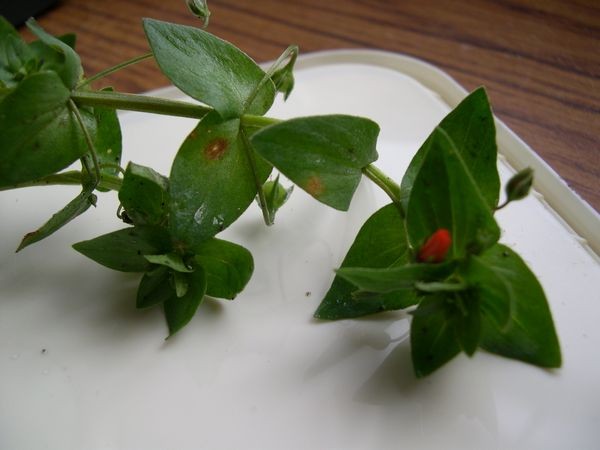 This might not be everybody’s idea of special but this is a fungus I have been trying to identify for twenty years. It is a tiny rust fungus that grows on Scarlet Pimpernel. There is only one previous British record. Scarlet Pimpernel grows on my allotment and every year the same small area supports this fungus but I can never find a spore, which looks a bit like like a tadpole, and is essential to identify the species. The leaves are very soft and dehydrate quickly making it very difficult to get a decent sample and even this depends on the fungus sporulating at the time. This year, at last, I found them. The samples were sent to Kew. There are now two British records. 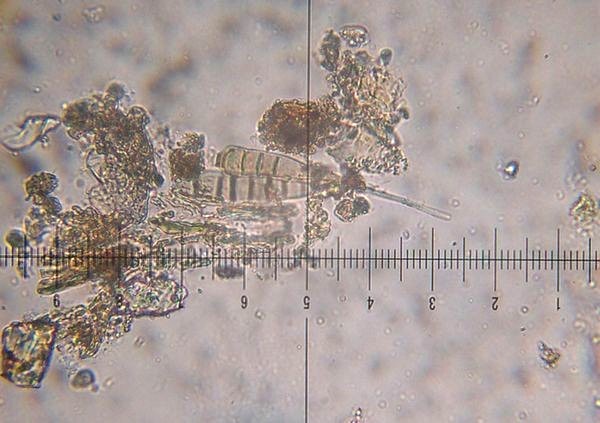 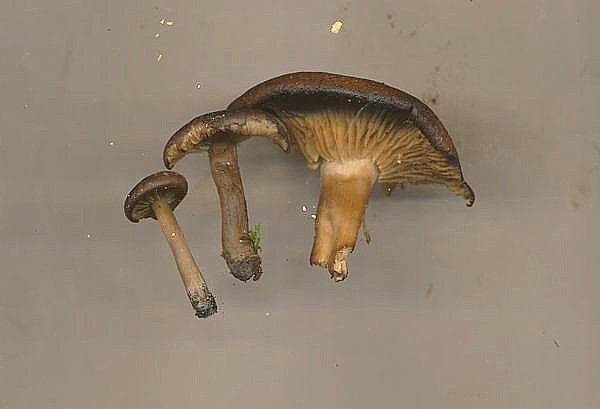 Not previously recorded for VC59, this fungus grows on old bonfire sites. It is black. So are bonfire sites. It is a difficult one to spot. I found this at Speke Hall after they had burnt all the fallen branches and sticks they had cleared from the woodland.  Personally, I wish they would be less tidy and just leave all this woody material in situ as it is good for fungi and insects. At least some good came from this exercise. Kew Herbarium asked for my specimens. 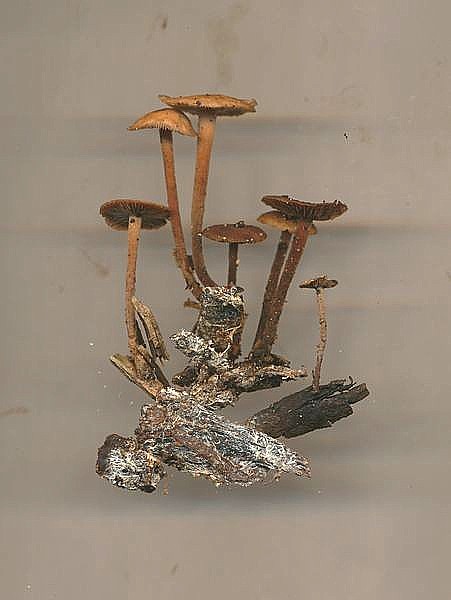 Until recently this was considered a rarity but is now being found regularly in southern England. This is another example of a species moving north. Global warming? The tale of this find illustrates the problems faced by the urban mycologist. I saw a lot of them growing on old woodchip on one of the scrubby flowerbeds immediately outside the main entrance to Tesco in Allerton. So how to collect it without appearing totally mad?  I dropped my car keys, grabbed some quickly and legged it. 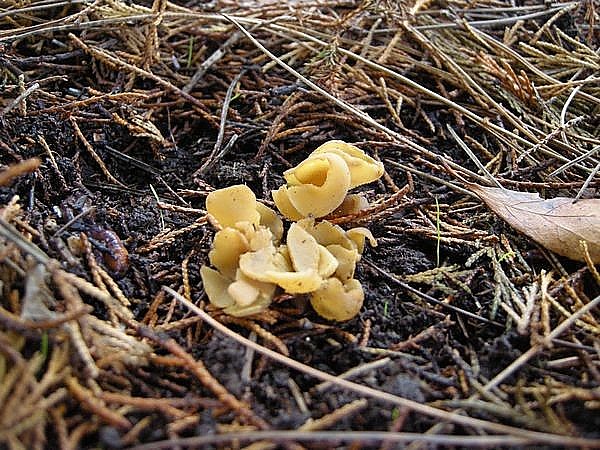 There is a small copse of mixed conifer at Allerton Tower where I regularly find a rare Earthstar, Geatrum striatum. I could not find it this year but was very surprised to find this Sowerybella, another rarity. It is a pine-loving cup fungus which has a long stalk that is embedded in the ground. Kew Herbarium declared an interest so it has also been sent there. 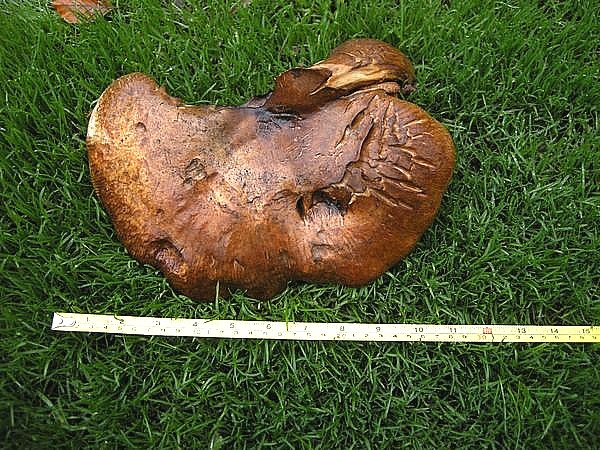 Many of you will know of Paxillus involutus (Brown Rollrim), a very common fungus frequently to be seen growing along central reservations in south Liverpool. This is Big Brother, measuring 28cms diameter, only recently arrived from Europe, probably on imported trees. It likes Lime trees which are very commonly planted along grass verges and roadsides. This one was growing under such a tree, immediately outside Booker Avenue Junior School, where parents park their cars to pick up their children. How something of this size survived is a mystery. Too big to kick? It was too big for Kew. They turned it down. 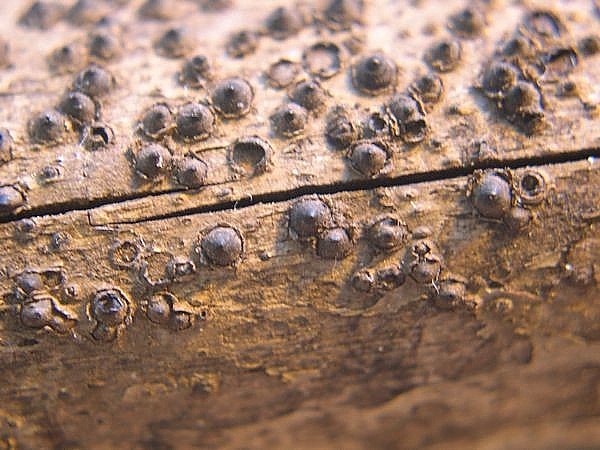 While I was tending my allotment  I noticed this small fungus embedded in an old bamboo cane. I knew it was unusual because bamboo does not support many fungal species. I could not identify it. I had to send it to a colleague in Oban. He had his suspicions but had to send it to the expert at Kew before the final identification could be confirmed. Recorded from India and the Far East, this was a first for the United Kingdom.  I have hundreds of bits of bamboo cane but I have not yet found another specimen of this fungus.

This is the second ‘new to the UK’ fungus found on my allotment site. Perhaps it should be given SSSI status?