Report by Tony Carter:
On Sunday 22nd September 2013, I joined a colleague who was leading a public foray for The National Trust at Formby Nature Reserve. I normally cover the area between the Pinfold and Fishermans Paths so I had not previously looked for fungi in this part of the coast. We eventually identified 64 species of fungus. I was surprised that, although the habitat in both areas is the same, there was a marked difference in the predominance of some species.  Geastrum triplex (Collared Earthstar) fruits in hundreds at Ainsdale. I have never recorded Geastrum fimbriatum (Sessile Earthstar), yet at Formby we found dozens of G. fimbriatum but only one triplex. 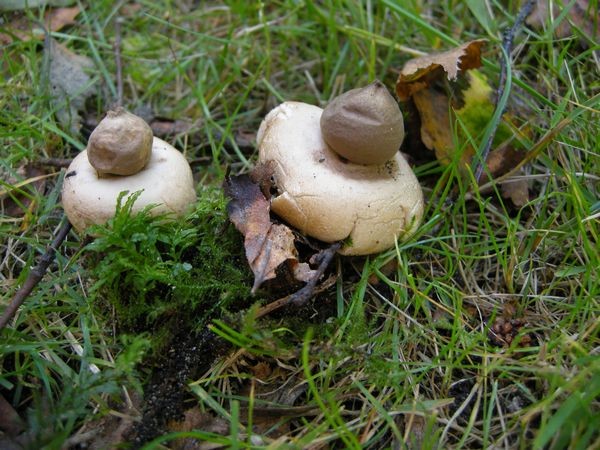 Auriscalpium vulgare (Earpick Fungus), that grows from buried pine cones, is one that we struggle to find at Ainsdale. Our inexperienced public found them with ease. But there was no sign of any Strobilurus tenacellus (Pinecone Cap), a common species at Ainsdale. 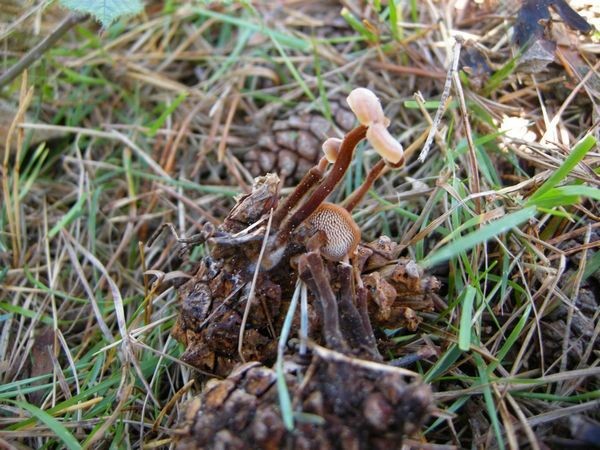 Later in the day we had a look at the outer sand dunes, not an ecosystem we look at very often. We found four species within ten minutes, all associated with Ammophila (Marram Grass). The star was a Melanoleuca (Cavalier) that I eventually identified as Melanoleuca cinereifolia. The one we found was a very light brown. There is a lighter coloured variation named maritima, now incorporated into cinereifolia. The spores, microscopic features and substrate are right and no other species fits. 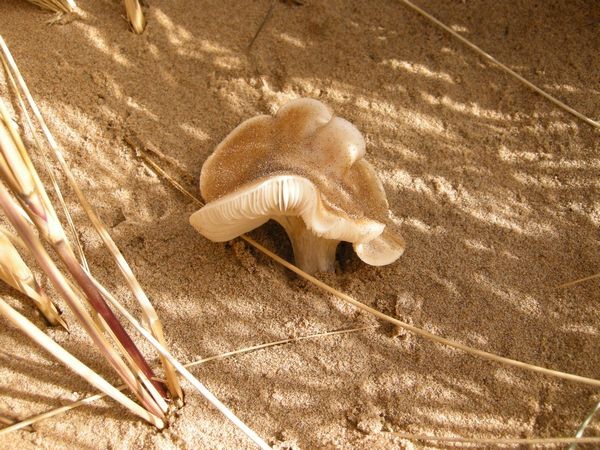