On a wet and windy morning seven members started our walk by looking over the large expanse of water at the back of the Waterside pub.  Large numbers of Swallows and House Martins flew low over the water and we saw a group of about 20 more Swallows roosting out of the weather in one small tree on the bank. Out over the water two pairs of Great Crested Grebes were still doing their courtship display, very late in the year.

The woodland had carpets of white Ramsons (wild garlic) and of Bluebells, and in the wetter places there were yellow Marsh Marigolds.

Our lunch stop was, as usual, on the bridge, where we could see a nesting Great Crested Grebe. The Kingfisher wasn’t seen today because the water was far too rough for it to see any fish. 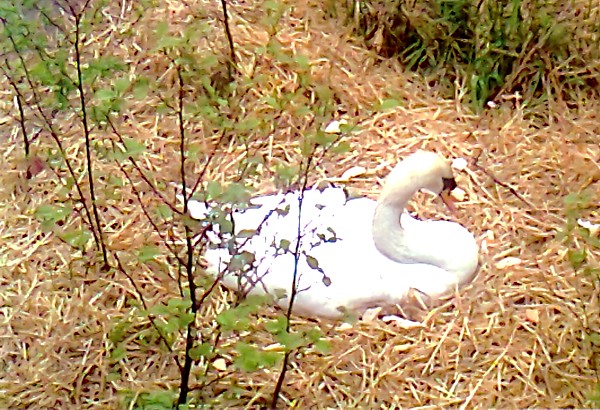 Below the bridge a Mute Swan was on her nest. When she moved off we could see her seven very large eggs. Later in the walk we met one of the water bailiffs who told us that the cob, her mate, had been seriously injured by a dog while protecting the nest. He was rescued and taken to a veterinary hospital but was too badly hurt and had to be put down. This was about four weeks ago, he said. The pen (the female) had laid about three eggs before he was killed and continued to lay (presumably infertile) eggs afterwards. The incubation period of the Mute Swan is 35 to 37 days, so there is still hope for the fertile ones. 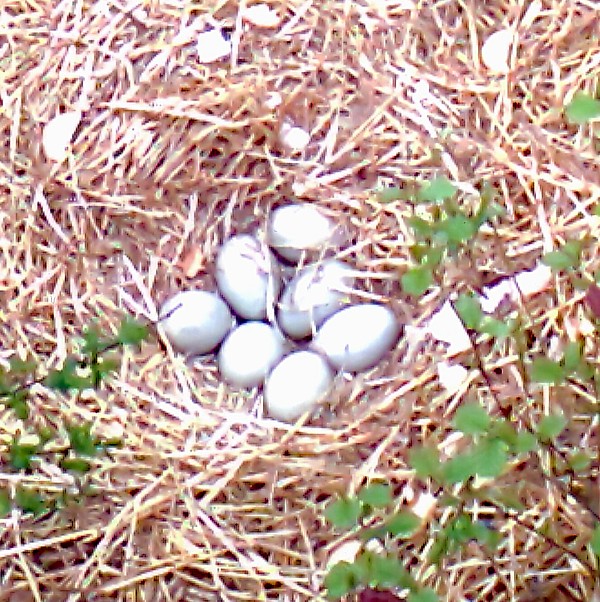 The water bailiff also told us that six Mink have been trapped in the area this year.