It was a day of mixed weather, overcast and drizzly as we met at Liverpool ONE bus station, but the sun came out as we made our way through Albert Dock to the riverside. 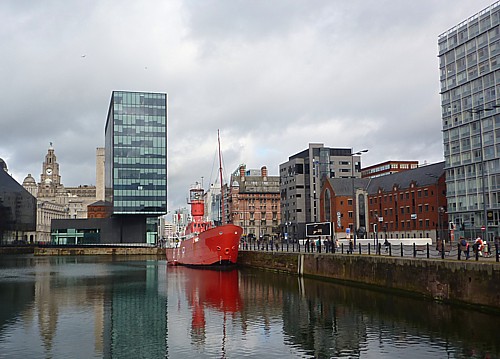 The Liverpool half marathon was nearly over, and we made our way southwards past the runners heading for the finish. 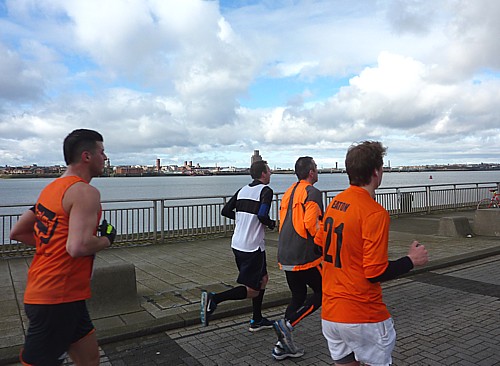 Near East Brunswick Dock I stopped to speak to three fishermen. They said it was getting to the end of the cod and whiting season, but they would soon be catching flounder, plaice and eels. One said his best fish had been a six-pound cod, and indicated a fish about 18 inches long. Then one of the others got a bite and reeled in a codling, which was thrown back to be caught another day. 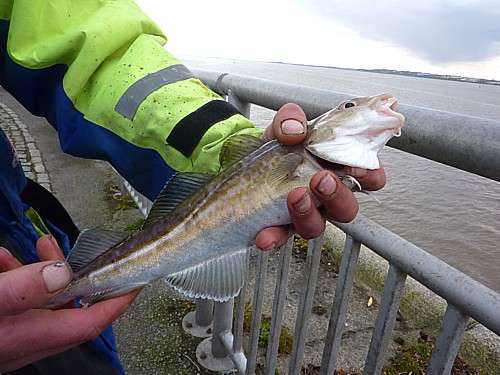 The tide was about half way in. Some muddy beaches held Black-headed gulls (with 4 out of 9 now showing their black heads  about 45%). There was also a Herring Gull and a Curlew. In the houses at Quebec Quay we saw a Wood pigeon, a Magpie and two Carrion Crows. On a rocky beach near the Chung Ku restaurant there were six Turnstones, with eight more near the Britannia pub, pecking past a derelict shopping trolley. 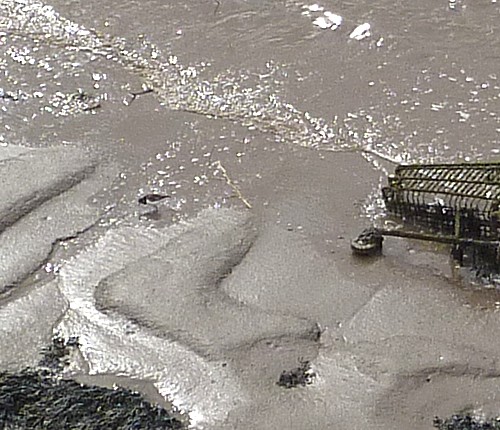 As we were eating lunch on the benches outside the pub, Sheena spotted a seal. It was an Atlantic Grey Seal, the ones that live in the River Dee, and it was diving for fish. It came up with one in its mouth, which looked about 9 or 10 inches long. The seal is the black dot in the water, well in front of the yacht on this picture. 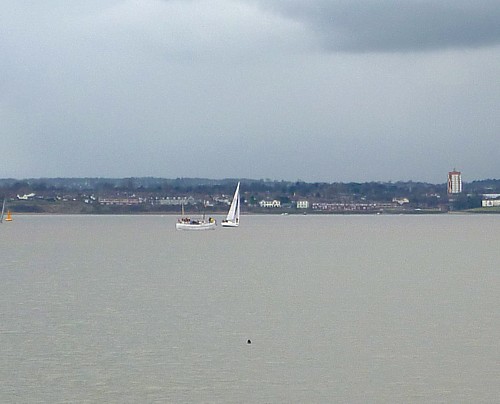 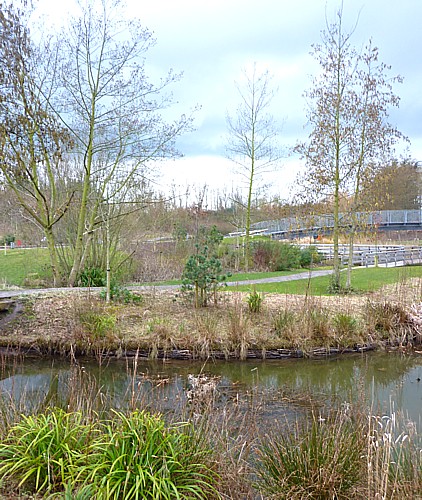 The pond in Festival Gardens held two pairs of Mallards, a Coot and a Morhen. We spoke to the Ranger, Caroline, who said she wondered if the two female Mallards were from the brood of nine that had been raised last summer, and if they’d come back with their drakes. We suggested she might try ringing them to find out.  She also said they’d had a pair of Mute Swans prospecting last October, but she was glad they hadn’t stayed. There is no safe island for them to nest on and they would have been in danger from foxes and vandals, not to mention the risk to the public from the swans themselves. The Primroses were blooming prettily, and someone has made a splendidly untidy Bug Hotel near the ranger station. 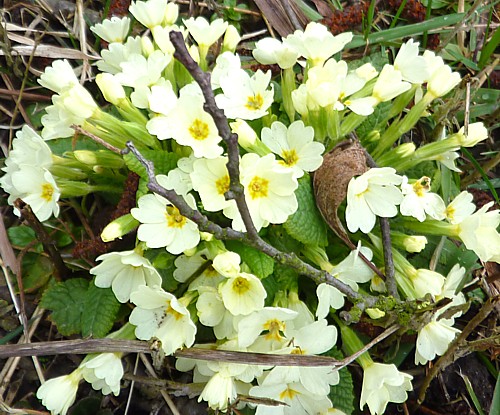 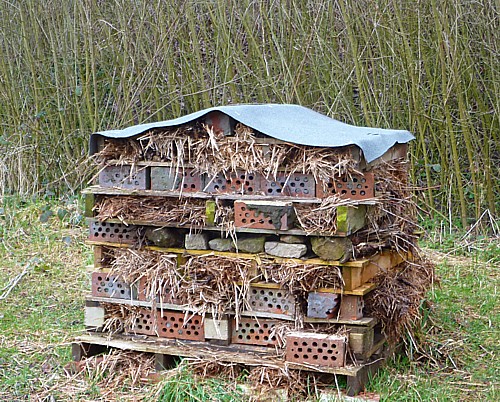 Spotty rain started and then it went very dark, so we decided not to risk going around the woodland walks. We got to the bus shelter just before there was a downpour of mixed hail and rain. 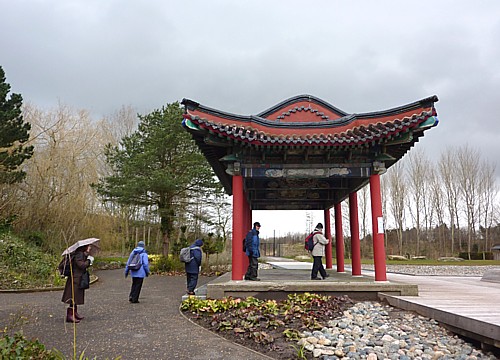