On a cold and frosty day, five of us got the 10.30 bus from Liverpool and had a carvery lunch at the Old Quay restaurant. It was a 10 meter high tide at about noon, but it didn’t come in unusually high because the conditions of wind and atmospheric pressure weren’t favourable. Terry had been spotting for several hours and reported several owls, but none of them were about when the rest of us arrived. More members met us at the Old Baths after lunch, so there were about a dozen of us altogether, including one or two new members. 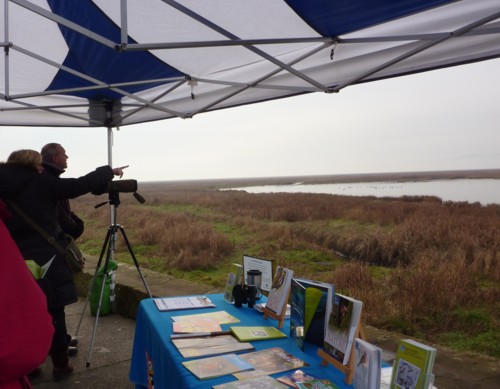 The birding was excellent. At least three Little Egrets were poking about, and there was a Great White Egret further out, seen to be stalking and stabbing its prey. Five Snipe flew over, and the pools close in had Mallards, Black-headed Gulls and Lapwings, a single Moorhen and a Heron.  Then the Lapwings went up, so we checked the sky, and there was a hunting Peregrine, which chased and caught a pigeon. Several hundred Pink-footed Geese took to the air. The WEBS count reckoned there were about 800 of them altogether. The best bird of the day was a superb male Hen Harrier, flying directly southwards, quite near to the sea wall. On the Wirral Way were a Great Spotted Woodpecker, a Jay, a Buzzard, Redwings, Linnets, a Pheasant and a Goldcrest. 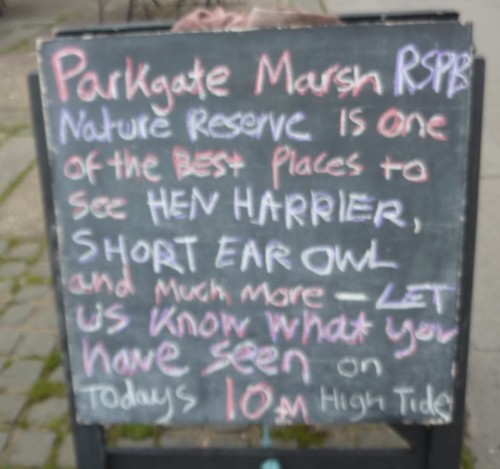 It started sleeting in mid-afternoon, so the 3.30 bus back to Liverpool was a welcome sight.