From Tony Carter:  The North West Fungus Group held a foray at Ainsdale Sand Dunes Reserve. Despite the heavy showers and wind sixteen Group members turned out and we were very pleased to be joined by David Bryant.

We spent the whole day, mostly in the woodland, as we were unable to progress very far on to the dunes because of the strength of the wind.

Peter Gahan, the Reserve Manager, was very keen that we should find him a Tulostoma melanocyclum (Scaly Stalkball) as he had never seen one and he hopes to make it a flagship species for the site. These are hard to spot in the sand as they look like rabbit droppings, which are numerous on the dunes. One of the group eventually found one when she accidently dug it up thinking it was a small puffball. There were a couple more, so we marked the spot for Peter to examine later. 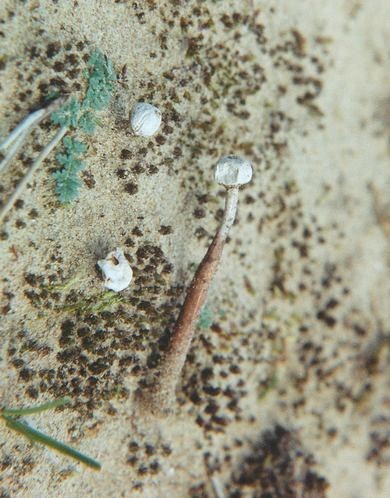 Not everything can be identified in the field and quite a lot had to be taken home for more detailed research. We eventually identified 108 species. Thirteen species had not previously been recorded for the Reserve. This might be because we had some very experienced mycologists with us. Also we were unable to follow our usual route because of the weather, so we explored parts of the Reserve we had not been to before. It was so wet, it was impossible to get the camera out most of the time, but in a dry spell I photographed this impressive Pleurotus ostreatus, the Oyster Mushroom. 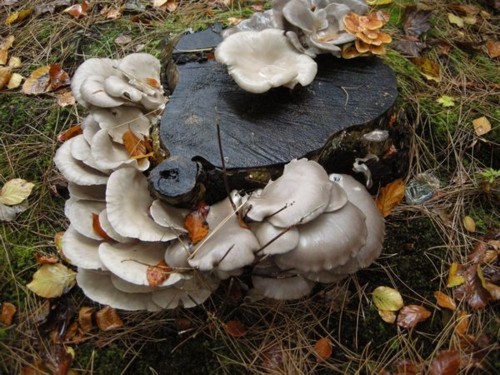 One of our most experienced members identified Panaeolus reticulatus, one of the Mottlegills. This may be a first for the UK although it is recognised in Europe.

Another lucky find was of a rare species, Mycenella margaritispora, a very tiny Bonnet fungus. The reason for its rarity is probably because it is only 4mm in size. The finder went to pick another fungus only to find this one attached to a piece of vegetation in his hand. 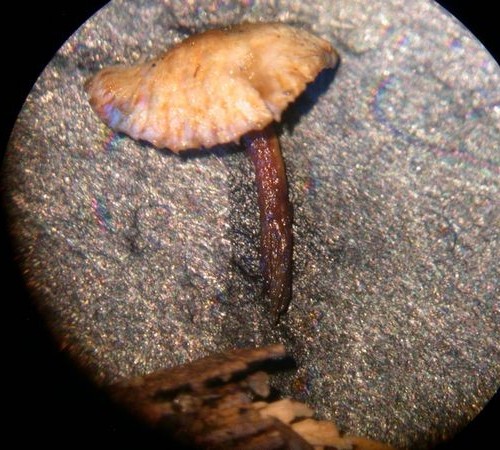 Another fact of note is that the Elaphocordyceps ophioglossoides (Snaketongue Truffleclub), that I mentioned in my last report from Ainsdale, has increased in number from my last visit in September. Because it grows from an underground truffle, people want to see them, which means they have to be dug up. Because the existence of this species at Ainsdale is fragile, we resisted the temptation. Hopefully they will continue to increase.