It was very damp and misty at the Muirhead Avenue / Oak Lane entrance to Croxteth Park. 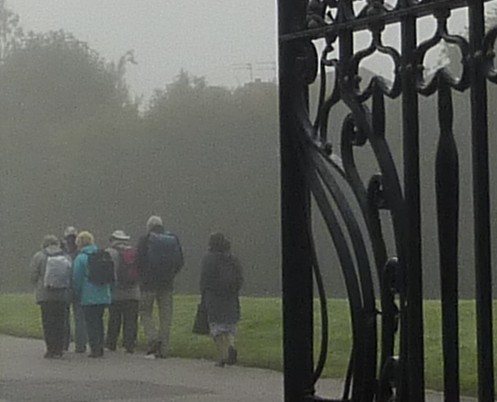 50+ Jackdaws were calling over the woods and there were Black-headed Gulls and Common Gulls feeding on the dewy grass. All the other birds were lying low, except for Magpies and Feral Pigeons. On a grass verge near the Hall we noticed what appeared to be a failed Sparrowhawk kill. The remains looked like Wood Pigeon wing feathers, but there was no down and no corpse! Did it survive? 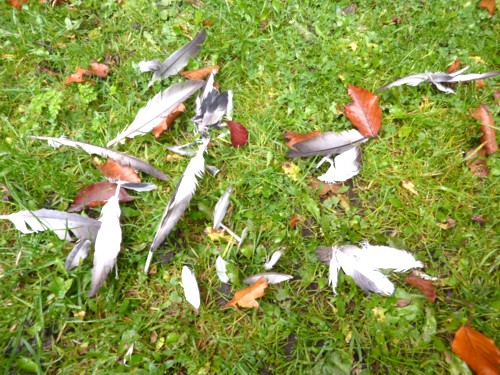 There was a lovely crop of small bracket fungi on an old log. Possibly young Turkey tail Trametes versicolor. 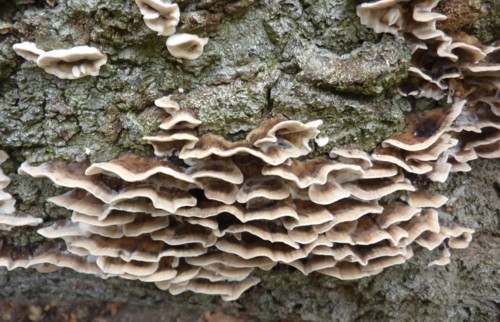 We looked at the special tree on the lawn, the Lucombe Oak, but the star of the day was a bronze beech tree nearby. The Lime leaves were also turning golden yellow. 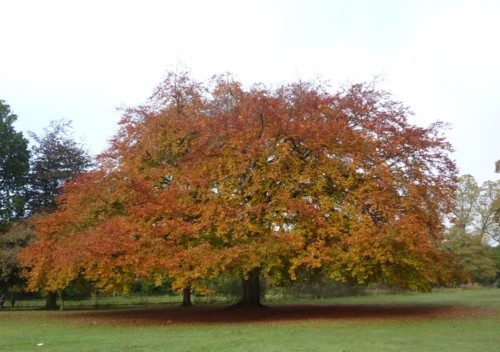 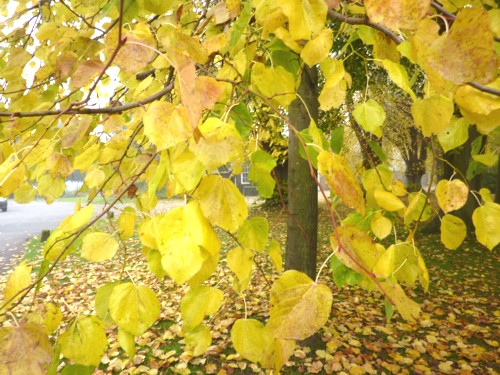 There were Moorhen on the verge of the pond, and a few Mallards scooping up the duckweed. The fishing lake had a working fountain, but it was probably there to oxygenate the water, because the water was covered with green scum. There were no Mallards on it but we could see tracks where they had been. A Jay flew over as the sun tried to come out.  In the woods a Himalayan Balsam was still in flower. The shop had a competition to guess the weight of a pumpkin, and outside a man was giving donkey rides. 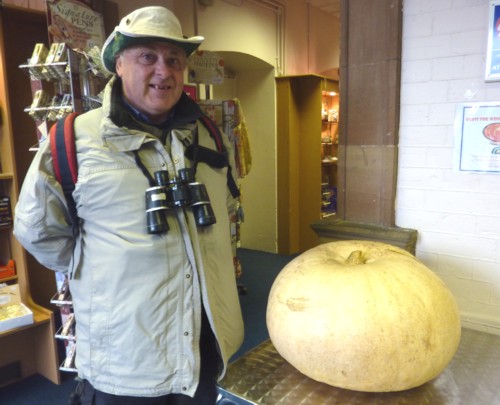 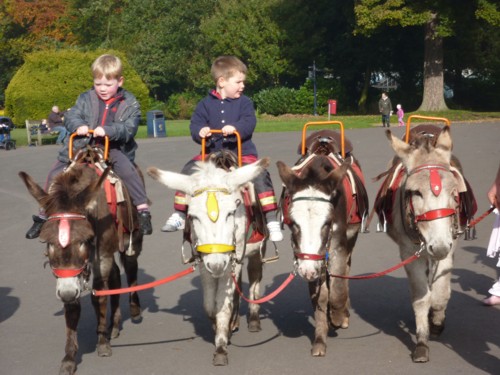