From Tony Carter, 12th September 2012
After the foray at Freshfield on Sunday, 9th, I travelled back to Liverpool South Parkway, where I had left my car. Driving into Long Lane dual carriageway at Garston, I noticed some fungi on the central reservation. On Tuesday, dodging the showers, I went back to see what they were. I was very surprised to find, under an Oak, a number of Boletus radicans (Rooting Bolete), a species I had never seen before. 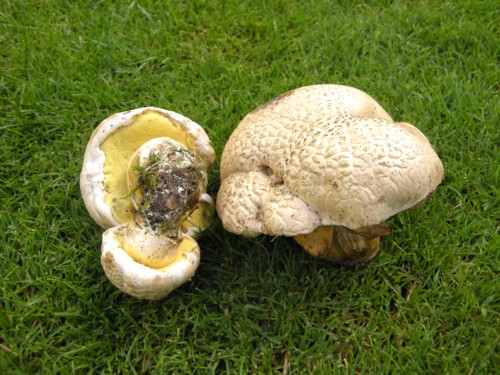 Beside them were a couple of Amanita franchetii, a species I found for the first time last year on another central reservation in Allerton. 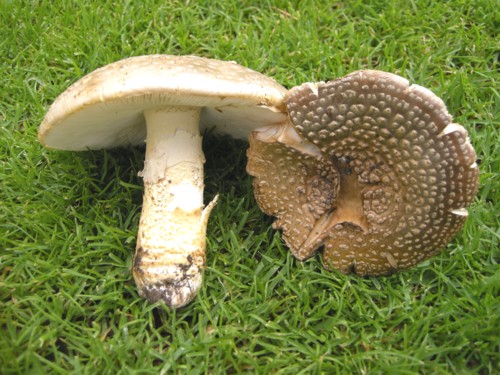 The literature describes both these species as being common in southern England but unusual for the north. I am not certain where the ‘Liverpool Riviera’ lies for the purposes of fungal geography. These species may have been here for years without being noticed but having regard to recent finds of other southern species here and in Manchester, it does suggest that our north west climate is becoming more attractive to such fungi.