Posted on September 11, 2012 by Sabena Blackbird 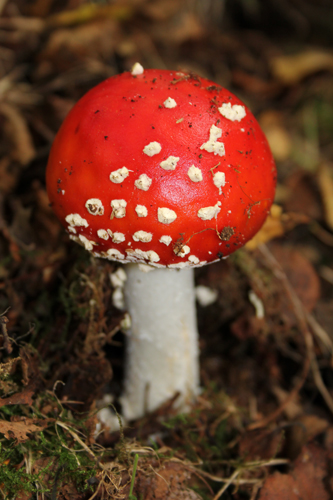 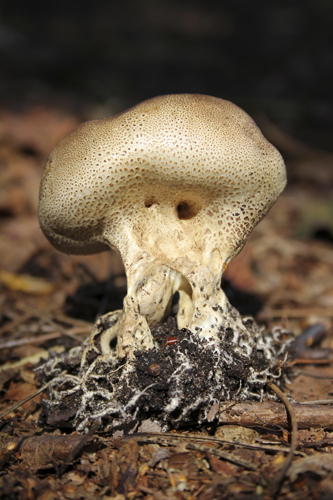 A cute young Common Frog Rana temporaria posed on a log before hopping into the leaf litter and there was evidence of Red Squirrels being around with nibbled pine cones. 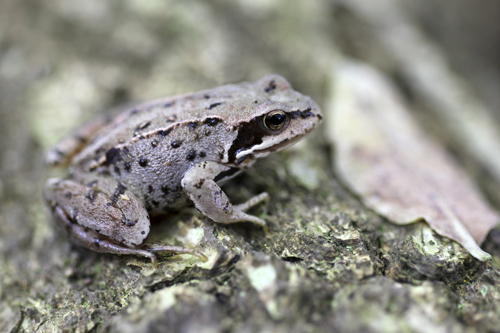 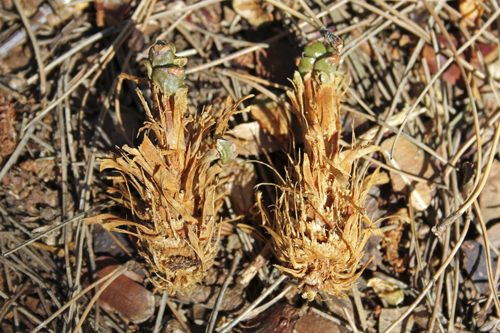 We ate lunch as a Jay squawked above us then headed out into the sunshine of the heath. A Tree Bumblebee Bombus hypnorum caused excitement and clicking of cameras as it fed on the Ling Calluna vulgaris. It was first recorded in England in 2001 at a site in Hampshire and has rapidly spread North since. 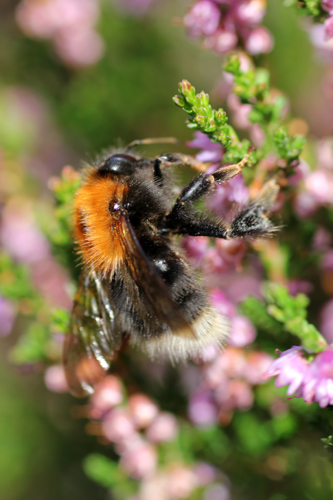 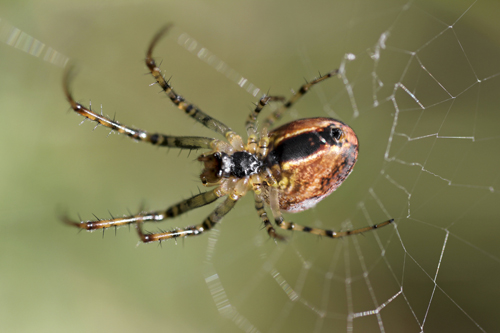 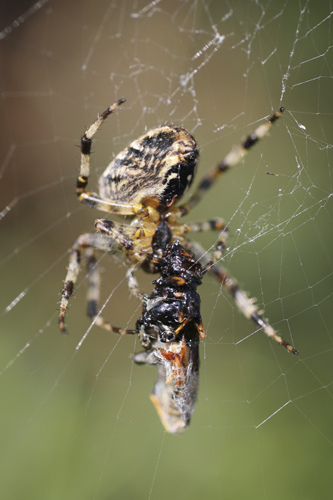 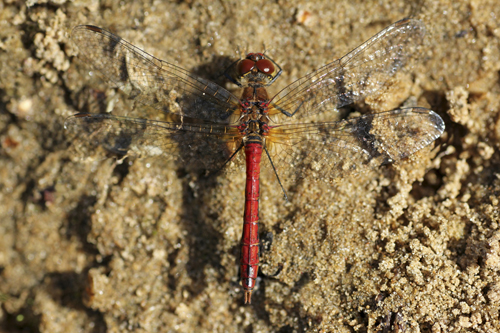 The Penduculate Oak Trees Quercus robur on the Dune Heath were taking their usual hammering with Oak Marble Galls caused by the Gall Wasp Andricus kollari, Oak Artichoke Gall caused by the Gall Wasp Andricus fecundator, Oak Common Spangle Gall caused by the Gall Wasp Neuroterus quercusbaccarum, a number of Leaf Miners caused by Micro-moths – a larvae was at home in one of the leaf-mines and Oak Powdery Mildew Erysiphe alphitoides. A few more Fungi species with Meadow Puffball Vascellum pratense and some micro-fungi – Common Grey Disco Mollisia cinerea and Orbillia xanthostigma and Cheilymenia granulata on cow dung. Swallows posed as they gathered on the fence wires gearing themselves up for their forthcoming migration  this years youngsters looking drabber in appearance to the adults. Various vintage aeroplanes from taking off from Woodvale en route to the Southport Airshow also put on a good show for us as they performed aerial displays and looped the loop overhead  the MNA delivers! 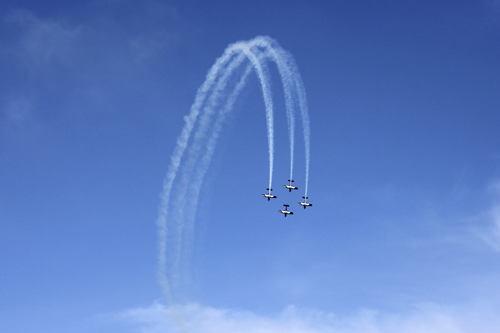 We crossed the railway track and golf course and into the pinewoods where a few Speckled Wood Pararge aegeria flitted around in the dappled sunlight. A number of Russulas were found including Bloody Brittlegill Russula sanguinea with its bright red cap and pink coloured stem and Crab Brittlegill Russula xerampelina which has a characteristic odour of shellfish. Three life stages of the False Deathcap Amanita citrina were seen together and Weeping Bolete Suillus granulatus, a Pine Spike-cap Chroogomphus rutilus and Bitter Oysterling Panellus stipticus were also noted. 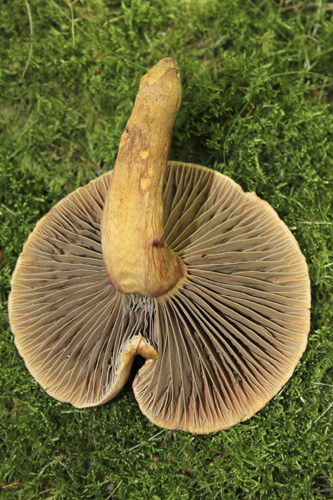 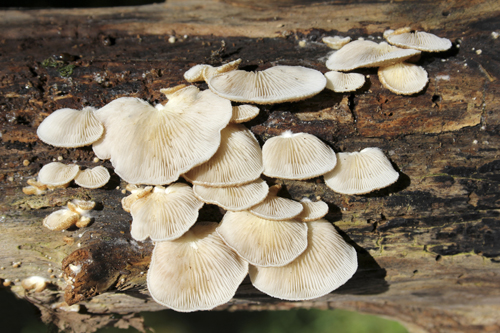 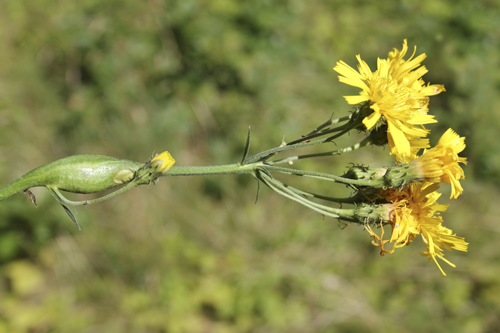 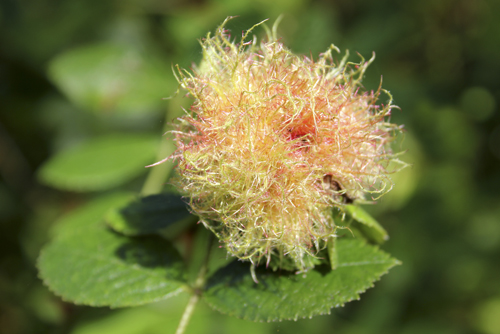 A Buzzard circled overhead and a Great-spotted Woodpecker called as we wandered back out of the pinewoods after a fungi and wildlife packed day.