The weather was far more promising today, although it was overcast when we arrived at Ford RC Cemetery. We were amazed at the number of people and cars there, then realised it was Father’s Day, a prime grave-visiting Sunday. There weren’t many birds about, just Wood Pigeons, Collared Doves, some Magpies, a male Blackbird with its beak full of grubs to take back to his chicks, and one Swift overhead.

We had lunch outside the pub at Cookson’s Bridge, and watched two Specked Wood butterflies chasing each other around an Elder bush. When I looked at my pictures later, I saw that one had been damaged, perhaps by a bird. 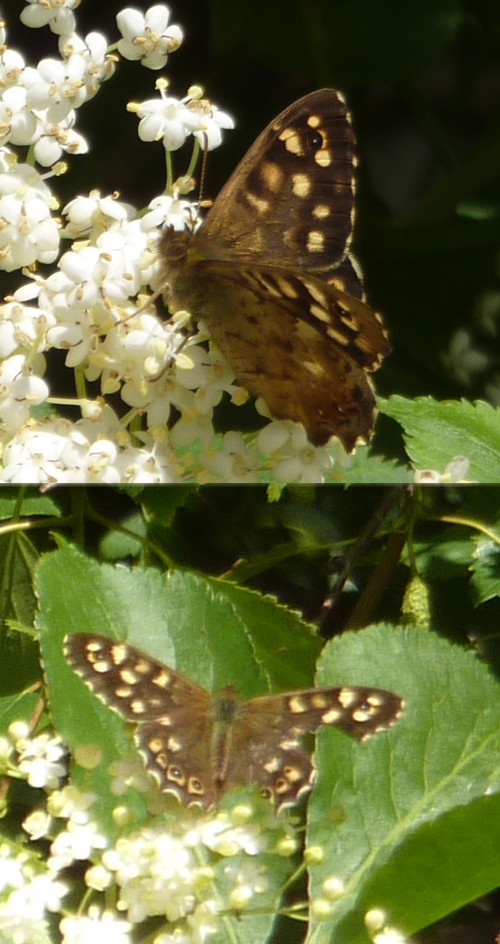 The sun was out by the time we set off along the canal. A fisherman told me he often caught Mirror Carp (a domesticated variety with irregular and patchy scales). His story was that in the 1980s the local Angling Club had a pond on Aintree Racecourse, near Becher’s Brook, which they had stocked with young Mirror Carp. When new owners wanted them removed, club members moved about 2000 fish in buckets to the canal. Most weighed one or two pounds, but there was one big one of about 5lb. Twenty or thirty years later those same fish are now 20lb or more and 3 feet long. My informant claimed to have caught two such big fellows himself this year. Fisherman’s tales, eh!

The hedgerows were full of flowering honeysuckle, lupins, bramble and dog rose, insects were everywhere and we spotted some House Sparrows in the bushes, which are worth noting nowadays. 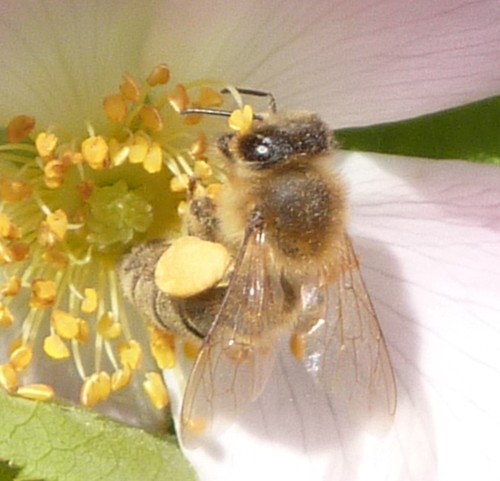 The Coots have had good breeding success this year. We saw broods of three, four, six and five youngsters, but only three young Moorhens and three Mallard ducklings. There were some big fish swirling up for bread and the duck food, so maybe the Mirror Carp aren’t so mythical after all. They must take many chicks and ducklings. 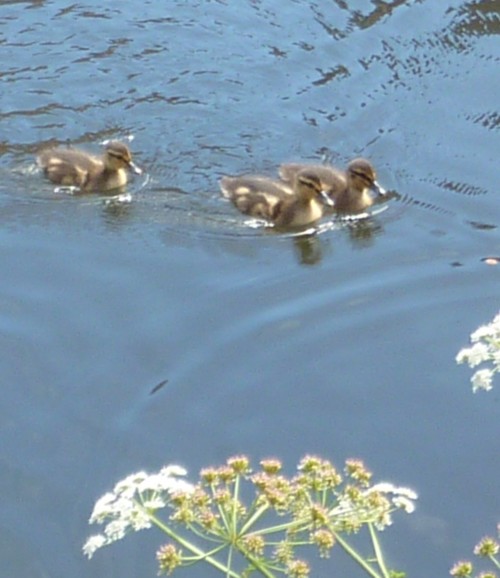