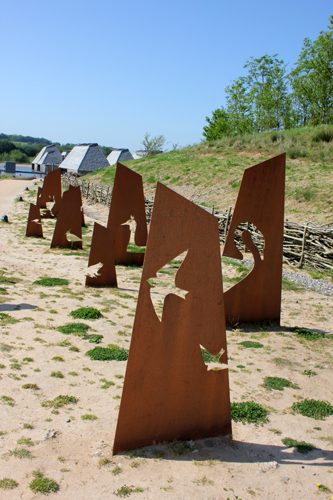 Blue skies blazing sun and breezy conditions greeted our arrival. A large shoal of Common Minnows Phoxinus phoxinus and a young Pike Esox lucius were swimming amongst the newly planted reeds as we crossed the boardwalk to the visitor village. We sat down and scanned over Meadow Lake where Tufties, Mallards, Canada Geese, Mute Swans and Gadwall were joined by a fine drake Garganey. 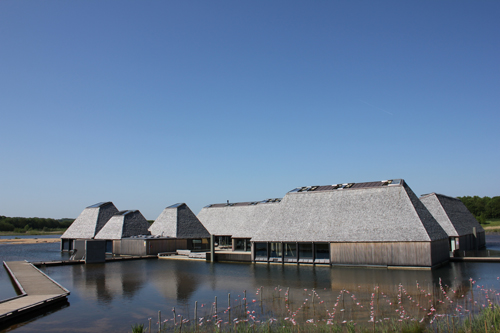 We climbed up the path overlooking the lake. The notched pink flowers and very deeply cut leaves of the annual herb Cut-leaved Cranesbill Geranium dissectum were noted and Sedge Warblers blasted out their scratchy song from the reedbed. We continued passing recently planted woodland where Willow Warblers, Chiffchaff and Blackcap all added to the bird song. A European Toad Bufo bufo hopped over the path as we descended onto floodplain grazing marsh at the edge of the River Ribble. It appeared friendly so Barbara held it in her hand whilst I took a few pics. 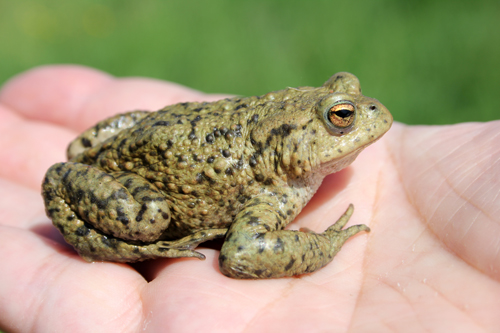 A pair of Black Swans swam upstream towards the weir and a helpful birdwatcher put us onto a Kingfisher that was sat amongst overhanging vegetation on the far side of the river. The River held shoals of Common Bleak Alburnus alburnus, a large Pike Esox lucius mooching in the shadows and Common Carp Cyprinus carpio. A couple of Swallows buzzing overhead were joined by numerous Sand Martins that nest in the sandy river banks. A Pheasant called, Whitethroat sang from one of the flowering hawthorns and a Jay flew through a wooded area. A number of Banded Demoiselles Calopteryx splendens were perched on lush bank-side plants. The male is particularly attractive with metallic blue body and translucent wings with dark iridescent blue-black spot on the outer part. These Damselflies are flighty and despite many attempts I only managed to photograph a female with metallic green body. 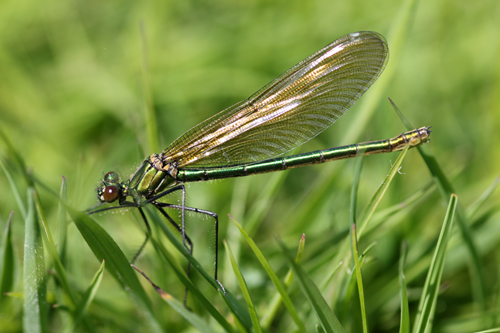 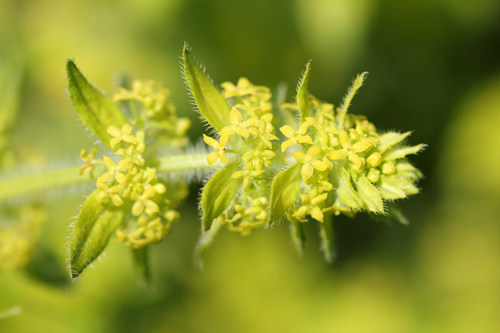 We continued back up to through meadowland onto the public footpath that transects the reserve. In sunny sheltered patches of nettles a few insects were basking with Dance Fly Empis tessellata, Scorpion Fly Panorpa communis and Black and Red Froghopper Cercopis vulnerata.  We ate lunch overlooking number one pit – that provided the ideal breeding habitat of bare gravel around the flooded pit for the Little Ringed Plover that called its mournful single pe-ou note. Green Dock Beetles Gastrophysa viridula had been mating and clusters of little yellow eggs were on the underside of a few leaves. 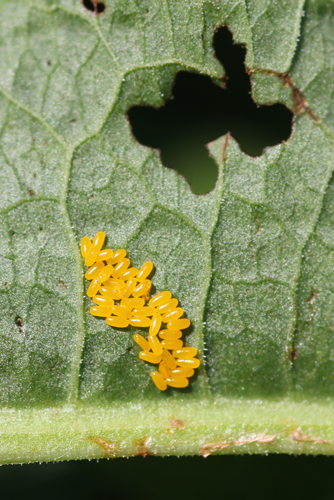 More Damselflies beside the footpath with Blue-tailed Damselfly Ischnura elegans and Common Blue Damselfly Enallagma cyathigerum – one female of which had a distinct kink in her abdomen. This occurs when a damselfly emerges from the exuvia too near some obstruction such as a twig and the exoskeleton hardens in this shape. 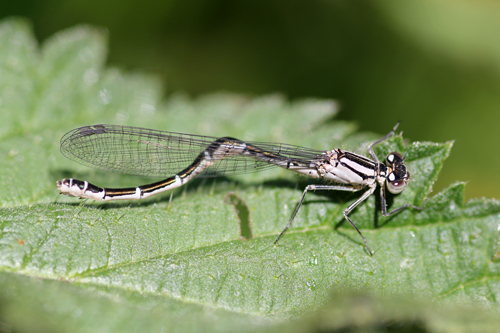 A tandem pair of Large Red Damselfly Pyrrhosoma nymphula – the male clasping the female by her neck – caused the clicking of cameras. 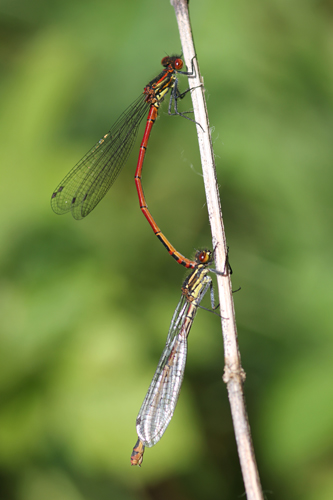 Chris Derri and Mike Barrow also did well with Odontata finding a small pond with Four-spotted Chaser Libellula quadrimaculata, Broad-bodied Chaser Libellula depressa and the violet form of Blue-tailed Damselfly. They also had the mega find of Floating Water-plantain Luronium natans. This rare aquatic plant with white 3-petalled flowers is found in two different forms. In shallow water, it develops floating oval leaves, while in deep water it can have long narrow, strap-shaped leaves.

We counted eight Snipe Fly Rhagio scolopacea in their characteristic head-down position on the trunk of a Willow Tree Salix sp. that give them their common country name of Downlooker Flies. There are around 15 species of Rhagionidae recorded in Britain and Ireland and these predatory Flies catch smaller insects in flight and return to their look-out post to eat them. 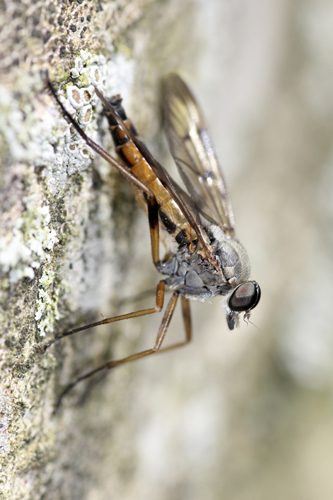 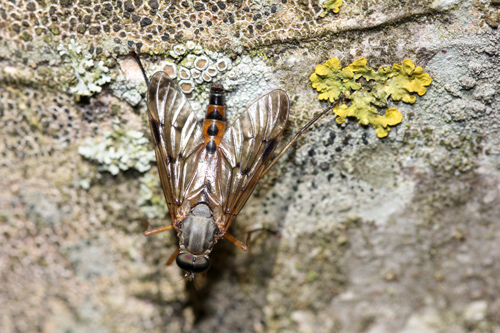