The motor cyclists were gathering for the Egg Run in William Brown Street this morning, many of them dressed as chickens and bunnies. And since it was April Fool’s Day, the morning radio had been talking about donkey rustling for Palm Sunday services. Scorning these distractions we set off on the 72 bus for Landican. 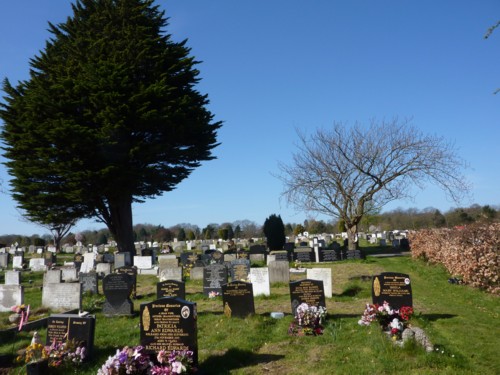 After last week’s heatwave there was a cool breeze, although it was still warm in the sunshine. We took the path from Woodchurch Road along the side of the Cemetery, seeing a Dunnock, Blue Tits and Great Tits, Long-tailed Tits and some Wood Pigeons. In the cemetery we heard a Chiffchaff and saw a Blackbird, a Chaffinch, several Carrion Crows and a couple of Magpies. Pairs of Buzzards were courting overhead, a Jay glided through the trees, the Irish Yews were stately and elegant and the Blackthorn was starting to bloom. 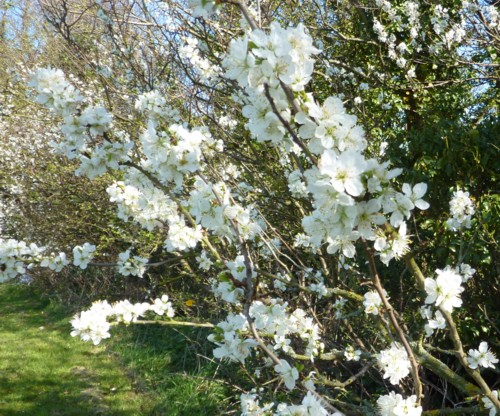 We kept our eyes peeled for Hares, since this is the place where Chris Packham was filmed creeping amongst the gravestones. But no Hares today, there were too many people about. 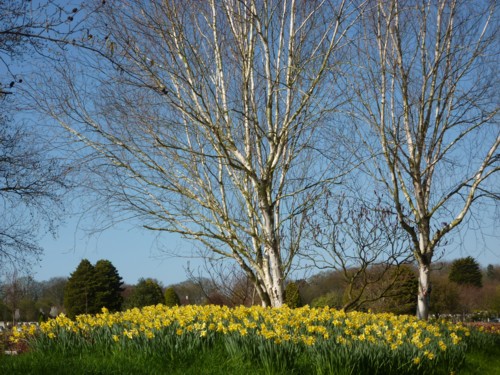 In Arrowe Country Park there was a Pied Wagtail on the bowling green where we had lunch, a Nuthatch and Greenfinches calling, a Robin, more Buzzards overhead, and two butterflies: a Small Tortoiseshell and our first Speckled Wood of the year.  In the shrubbery we saw a Coal Tit apparently harass a Chaffinch from its chosen perch, and our best bird of the day, a Goldcrest flitting through a Cherry Laurel bush.

Following the sound of engines, we found the British Model Flying Association at the far side of the big field, putting their craft through their paces. One of them had a model helicopter which he could make loop-the-loop, fly upside down, fly on its side  amazing! 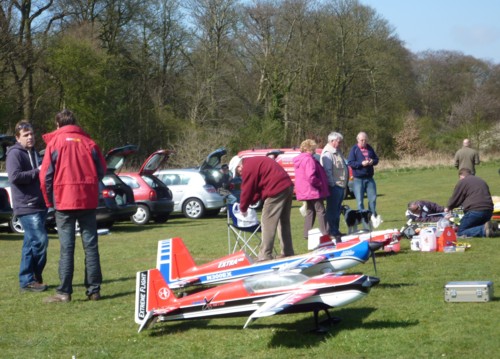