Our first Sunday walk of 2012 was on a cold, still day with the temperature just above freezing. 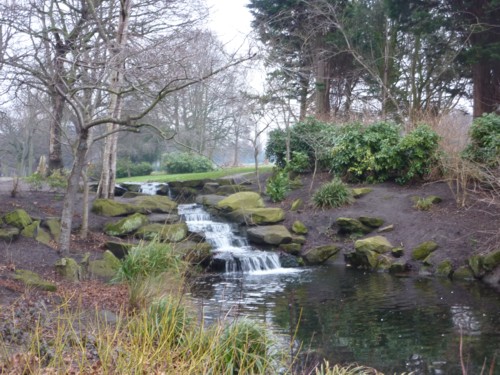 At the south end of Sefton Park lake the usual crowd of Mute Swans, Canada Geese, Mallards, pigeons and Black-headed Gulls were hanging about for bread. Of the dozen or so Mute Swans, seven had blue Darvic leg rings, identifying them as local birds. Two sets of three were juveniles with almost-consecutive numbers, suggesting they were groups of siblings ringed together. Their ring numbers have been reported to the North West Swan Study. 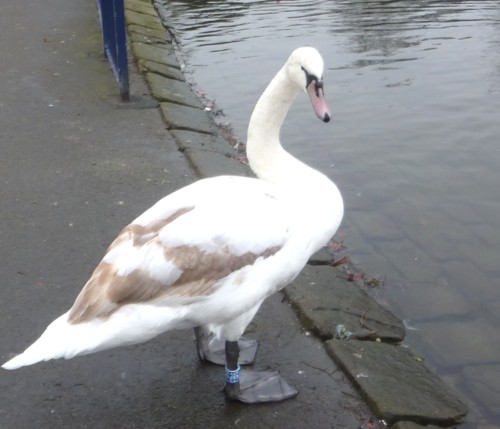 On the path we spotted a Pied Wagtail, there were Magpies and Carrion Crows on the grass, while the water around the island had Moorhens, quarrelsome Coots and five Little Grebes, possibly a pair with three of last year’s chicks. Rats were common at the water’s edge. The former Mute Swan nest site on the island was bare, so I wonder where they are nesting now?

At the café there was a display of dead birds and mammals in small cases. A closer look revealed that they weren’t real animals, but made by “Replicated Taxidermy”. There was a poster advertising classes in this new craft skill. They looked pretty good, though. 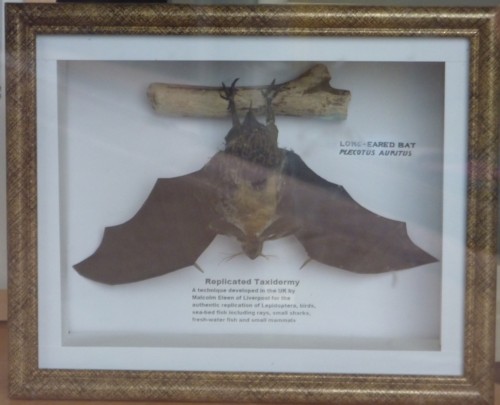 There is a small bird feeder area near the Palm House, overwhelmed by pigeons and squirrels, but we chased them off, added some dried mealworms and were rewarded with Blue Tits, Great Tits, a Robin and a Nuthatch.

Since feeding bread to birds is now disapproved of, for my New Year resolution I bought some “Duck and Swan Treat” pellets. They are brown, granular discs, about the size of shirt buttons and the manufacturer (Gardman) says they are specially designed to float, preventing deterioration of the water quality. However, the blurb doesn’t say the intended consumers LIKE it!  The swans and Canada geese looked at it, but weren’t keen. One Swan took a pellet then spat it out. Mallards liked it and so did Coots. Black-headed Gulls dived among the Coots for it and Pigeons tried to hover and take it out of our hands. They pecked at it enthusiastically on the ground.  I also tried some on a Grey Squirrel in the Dell. One little chap approached cautiously, put a paw on my hand and leaned forward to sniff, then turned away in disappointment, finding it wasn’t a peanut. 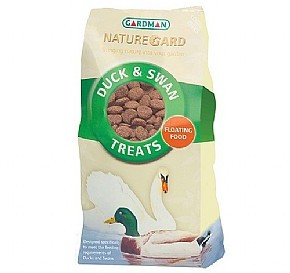 The afternoon concert in the Palm House was given by the excellent Saxadaisical Quartet, a foursome of saxophonists, who played pieces ranging from Penny Lane to Handel’s Concerto Grosso.