On a bright, sunny, but very windy day we took the train to Southport and the 44 bus to Elswick Road, near Marshside. It was a very high tide, and the sea was up over the marsh, blown in no doubt by the onshore winds. Several Black-headed Gulls were trying to fly out to sea, beating their wings strongly but making no headway at all. 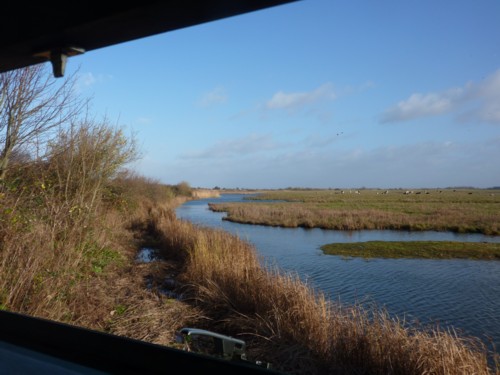 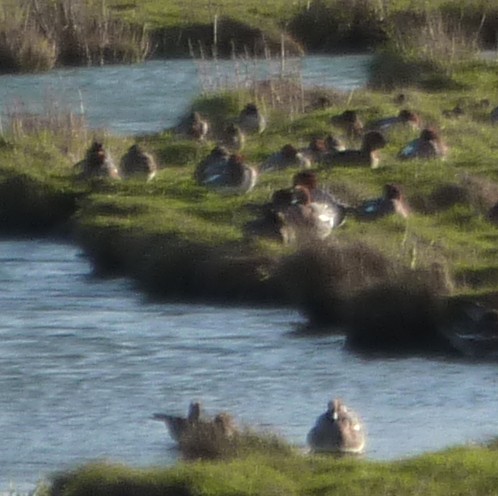 From the Sandgrounders hide were Wigeon, Pink-footed Geese, Jackdaws and Black-headed Gulls, with some Lesser Black-backed Gulls amongst them. Also Moorhens, Mallards, Pintail, Shoveller, two Curlew, a Cormorant that had just caught a fish, a Ruff, and a Snipe in the sedge near the hide. I tried a photo of the Snipe through the telescope, which is a bit strange, but recognisable. 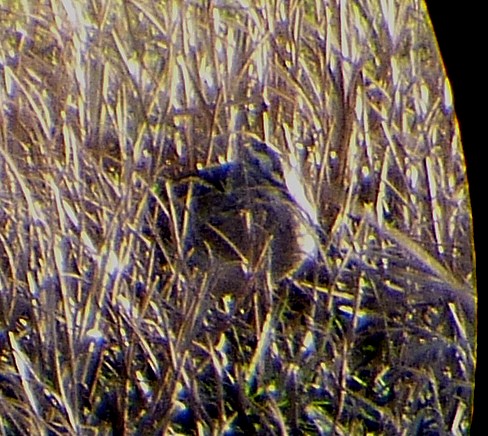 Two Herons and a Little Egret flew over. There were tales of a Great White Egret in the area, and the warden said it had been seen at Crossens that morning. Some of the birdwatchers with telescopes were claiming some White-fronted Geese in amongst the Pinkies on the far side, but they were too far to pick out with binoculars. I left some MNA leaflets in the rack.

Nel’s hide was very busy, but we added Redshank, Starlings and Lapwings to our list. On the way back to the bus we saw Ragwort still in flower. Near the Fernley Observatory the usual House Sparrows were flitting about, and from the train we saw a Buzzard on a fencepost. 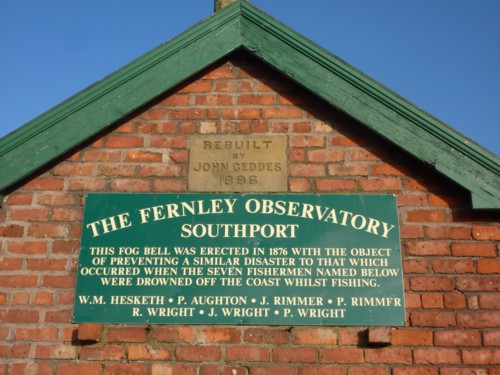