A very good day for birds today! Even from the train we saw Pink-footed Geese and Curlew between Hall Road and Hightown. It was a gorgeous clear day, not a cloud in the sky. On the way down to the Alt Estuary there were Collared Doves, Crows and Starlings, and a Heron flew overhead. A Sparrowhawk was sitting in the pines near the gate to the firing range and a female Kestrel was quartering the reeds. The tide was very low, and there weren’t many birds near the river mouth, just Black-headed Gulls, although a Buzzard was flying about. Later, over the dunes, we saw a pair of Kestrels flying together, perhaps thinking it was spring. 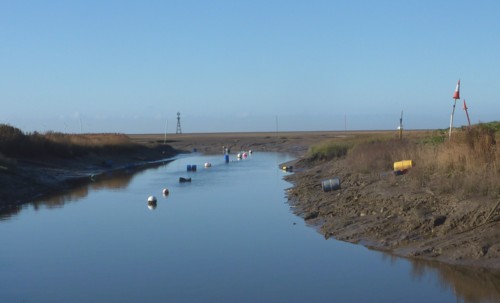 After lunch we followed the roadway made through the dunes by the lorries carrying sand and rocks up from Crosby to bolster the coastal defences. 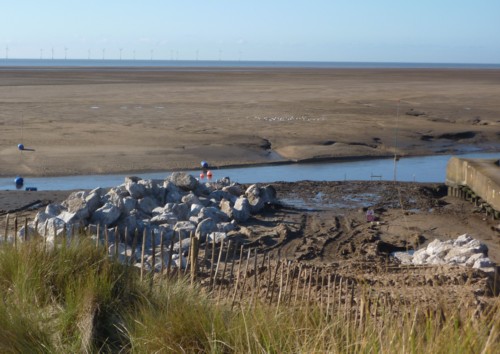 On the estuary there were plenty of Shelduck, Mallards, Curlew, Redshank  and could it be ? Yes! A Spoonbill ! It was standing on one leg with its head tucked in but we occasionally got a look at its distinctive bill. 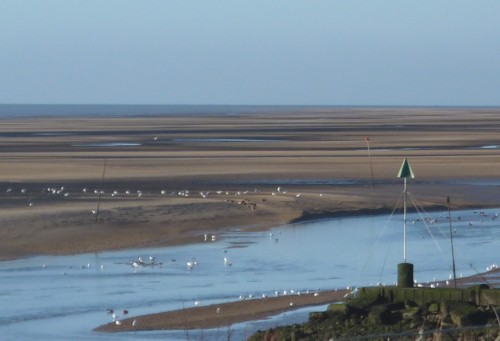 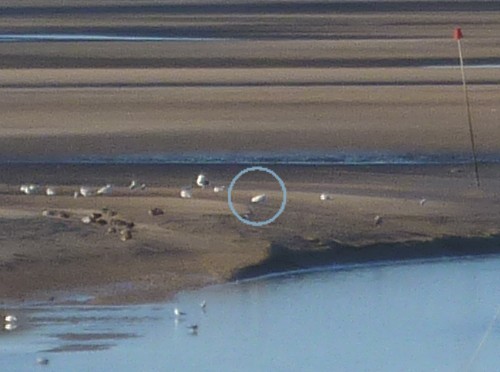 Abour 100 Lapwings flew overhead while we were on our way down to the Coastguard Station, where we stopped to admire the cheeky Starlings in the car park. 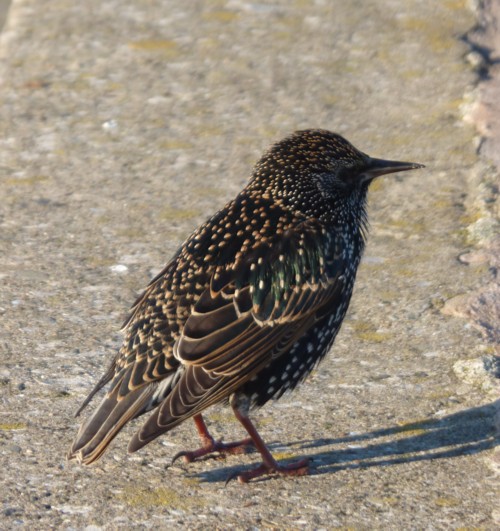