The 53 bus dropped us at Alexandra Park in Crosby just before 11. We had a short poke around the small park, admiring a totem pole on one of the lawns and the restored “Green Lady” fountain. The lady is now silver! The only birds we saw were a Blackbird and two Wood Pigeons.

In Coronation Park we read the sign on the huge stone  a glacial erratic  and took its picture. 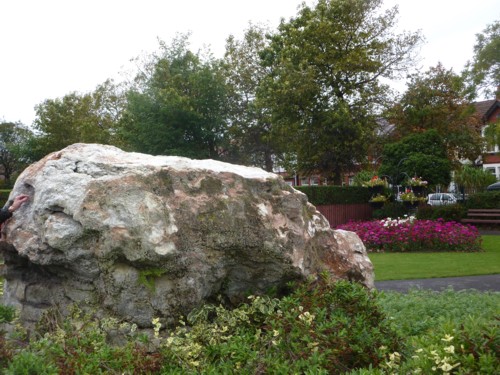 They had a small greenhouse tucked away behind the Clubhouse, made with recycled plastic bottles, not glass. It might work, but it would be breezy! 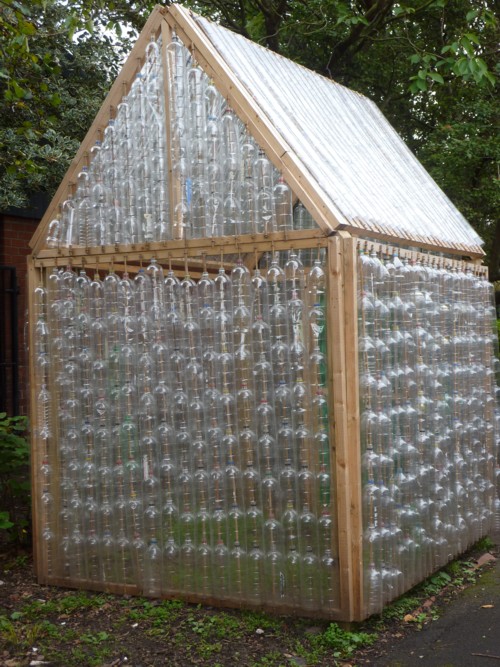 We were in St Luke’s cemetery in time for lunch, then looked at all the wildlife-friendly features installed around the edge. They have a new bug hotel. 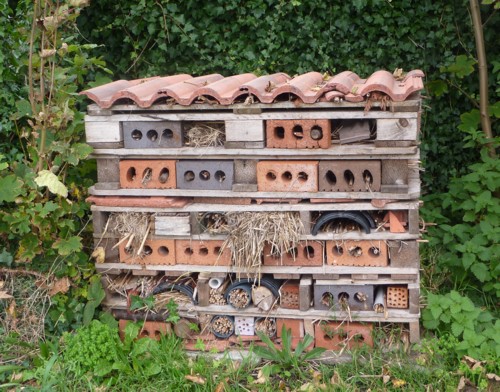 Amongst the gravestones we found a group of medium-sized toadstools with a point at the top centre. Some were orange, some redder and one was completely black. I think they were Hygrocybe conica, Blackening Waxcap. 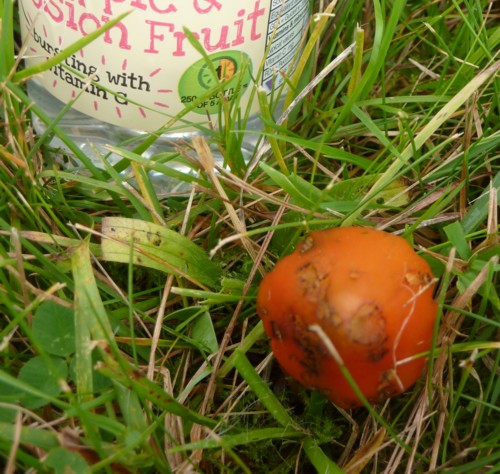 Several of the gravestones in St Luke’s are noteworthy. One records a lady who was a code-breaker at Bletchley Park and another is that rarity, a CWGC stone to a woman, Private Muriel Marion Sawyer of the ATS, who died when she was 20.

A movement caught our eye on the roof of the church extension. A Wood Pigeon had tried to land there, thinking it was made of rough overlapping slates, but it was much smoother than it looked. The pigeon scrabbled for a foothold then slid rather ungracefully down into the gutter, where it sat, trying to regain its composure. An alert Magpie flew in immediately and perched on the gutter, eyeing the Wood Pigeon. Was it an injured bird which would make a meal? It pecked at the pigeon, which rapidly gathered its wits and flew off.

On the way out we saw one of the huge Garden Spiders that are common at this time of year. It was in an ivy and honeysuckle hedge, hanging vertically in its web. 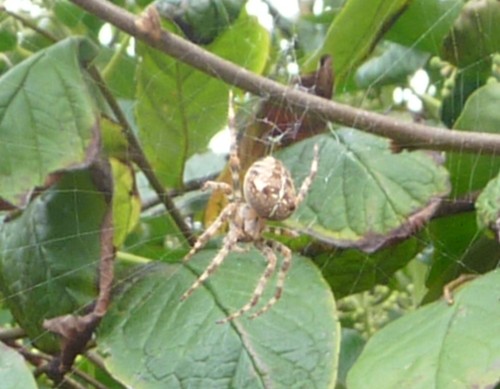