Posted on August 9, 2011 by Sabena Blackbird 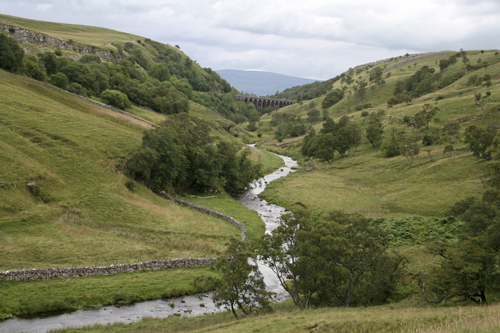 Smardale Gill National Nature Reserve is about 100 acres in size and occupies a 3.3 mile stretch of the disused Tebay to Darlington railway line. It is maintained by the Cumbria Wildlife Trust and has been designated as a Site of Special Scientific Interest (SSSI). The reserve is one of only a few sites in England where the Scotch Argus can be found.

We parked in the village of Newbiggin-by-Lune and left the village before crossing onto a farm track running between two drystone walls. Great Burnet Sanguisorba officinalis, a tall clump-forming plant was growing at the side of the track. The flowers have no petals and it is the bracts that provide the deep crimson colour to the large, oblong flowerheads. Past herbal use for this plant was the stanching of bleeding, and this is how it came by its Latin name Sanguisorba: from sanguis, blood and sorbere, to staunch. We passed an old farmhouse, Biting Stonecrop Sedum acre and the garden escape Common Houseleek Sempervivum tectorum were growing on the drystone walls. We climbed up passing Meadow Cranesbill Geranium pratense, Wood Cranesbill Geranium sylvaticum, Harebells Campanula rotundifolia and Common Knapweed Centaurea nigra. Chris Butterworth found a specimen of the nationally scarce mollusc Mountain Bulin Snail Ena montana. 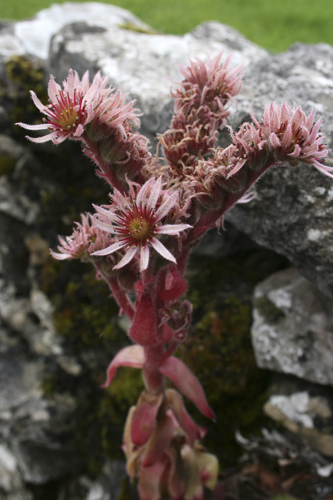 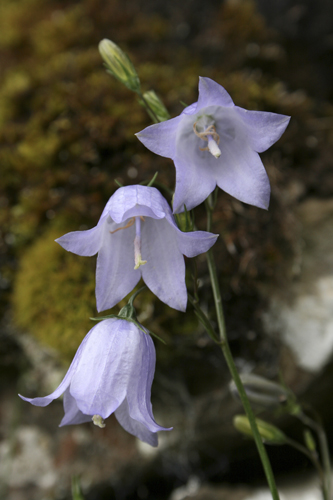 We walked downhill and stopped just before Smardale Bridge (a drover’s bridge) for lunch.  A Heather Fly Bibio pomonae posed for a photo on a rock. This belongs to the same family as the more commonly known St Mark’s Fly but has red tops to its legs. 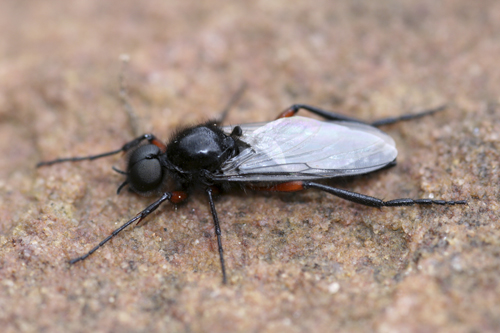 We inspected a damp wall that held a wide variety of ferns including Wall-rue Asplenium ruta-muraria, Brittle Bladder Fern Cystopteris fragilis and three Spleenwort species – Maidenhair Asplenium trichomanes, Green Asplenium viride and Black Asplenium adiantum-nigrum. Black Spleenwort in particular is an attractive fern with fronds arranged alternately along a dark purple-black midrib. Dave Hardy caught our first Scotch Argus Butterfly Erebia aethiops of the day and placed it into a viewing pot for the group to examine in detail.

Bright yellow Monkey Flowers Mimulus guttatus were growing in the stream bank of Scandal Beck. The path climbed up we crossed a style then the vista opens up and the reserve changes to open rolling countryside typical of the limestone geology of the area. We walked north-easterly towards the old Smardale Gill Railway Viaduct, hazel and hawthorn trees clinging to the valley side above Scandal Beck. We watched a Redstart and debated over the identity of a Willow -chiff. After walking through a particularly boggy patch we turned the corner to a bankside that was alive with fluttering Scotch Argus battling to land in the breeze. A few other butterflies were present with Small Skipper Thymelicus sylvestris, Small Heath Coenonympha pamphilus and Small Tortoiseshell Aglais urticae. 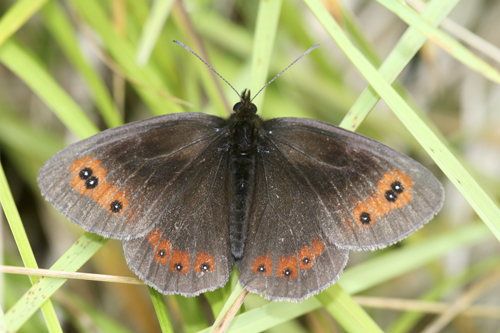 The Smardale Gill Viaduct, spanning Scandal Beck, was built of local red sandstone in 1860, but after the railway line was closed in 1962, it fell into disrepair. By the late 1980’s it had become dangerous, but was renovated in 1990 by the Northern Viaduct Trust. Some of the group crossed the viaduct for the return walk through the wooded area on the other side of the valley with the remainder continuing further into the Smardale Gill Nature Reserve. 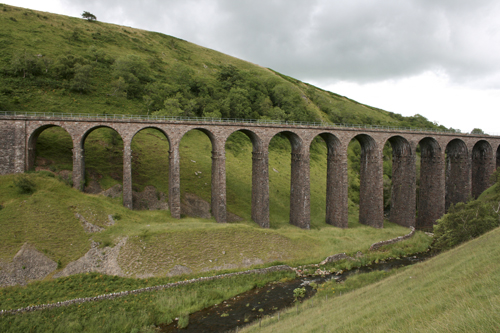 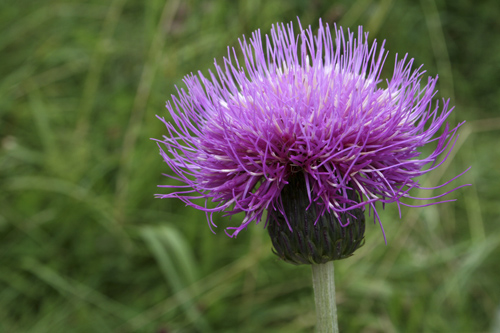 We stopped at the old Lime Kilns where the adjoining bank was a mass of over a hundred Fragrant Orchids Gymnadenia conopsea, most had already gone to seed but a few still retained some of their flowers and the smell was lovely. 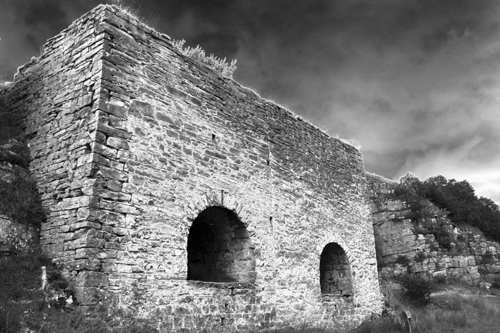 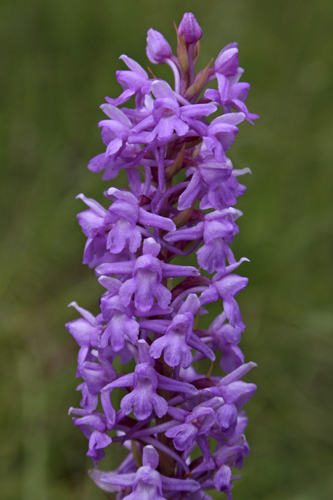 A number of the group returned to Lune Springs Garden Centre in Newbiggin-by-Lune for a well earned cuppa and cake before the journey home.