MNA members John from Biobank and Martin Corcoran headed up onto the fells during our visit to Stocks Reservoir on 4th June 2011. They came across a pile of bird pellets on a rock amongst the moorland vegetation and brought me a prezzie of two pellets in a plastic bag. 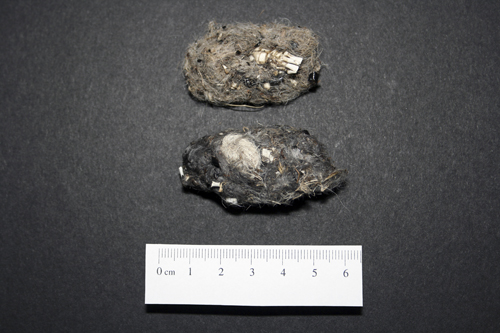 I measured them – one being 4cm long the other slightly larger at 5cm. 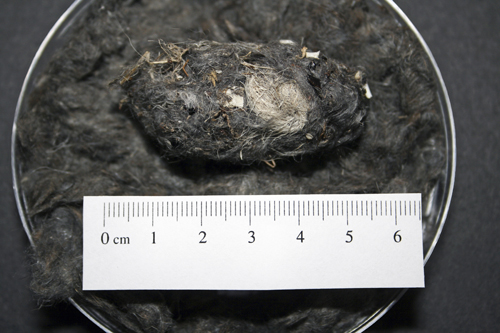 After soaking in water in a petri dish I teased apart the two pellets. Here’s a photo of what they contained:-

Middle show the bones that were visible on the outside of the top pellet with a random assortment of non-identifiable small bones probably tarsus with the odd claw from the bottom pellet. 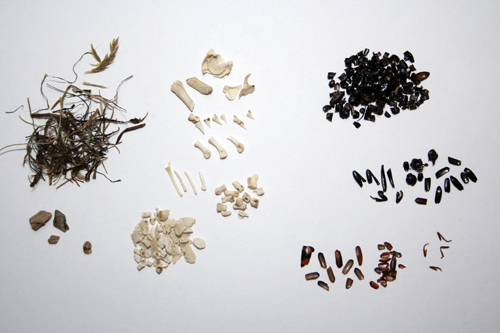 Here’s the beetle bits and pieces in greater detail. Could the piece of orange and black patterned elytra have come from a Sexton Beetle Nicrophorus vespilloides ? I saw one during our visit. 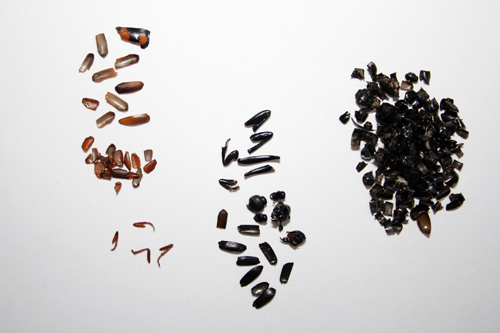 Little Owl pellets often contain a large number of beetles but these pellets were too large for that species.