A day of flowers today, both in the fields south of the M62 and in the National Wildflower Centre.

We got the 161 bus at 10.20 from Queen Square to Roby Village and walked south along the footpath called Carr Lane. Goldfinches, a Wren and a Speckled Wood on a great bush of Japanese Knotweed. The verges were a wild tangle of Nettle, Goose Grass, Buttercups and Dock, with some lovely wild white rose bushes, unlike the usual Dog Roses. 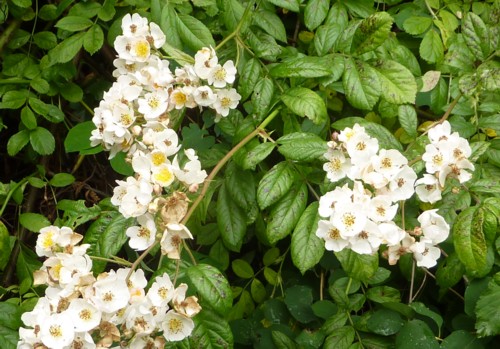 The day was overcast and not as warm as it had been earlier in the week  about 60 °F, 15 °C. A Kestrel was hovering overhead as we crossed the M62 by the footbridge and descended into the rough grasslands and wheat fields beyond. There were a few spots of rain which didn’t come to much, and then the sun tried to come out. We saw three orchids in the wet grass, which all looked different from each other  one white, one pale mauve and one a darker purple. None appeared to have spotted leaves. Despite careful reading of my book, I still can’t say what they were, although I note that they are all said to hybridise readily, which is bound to confuse identification. 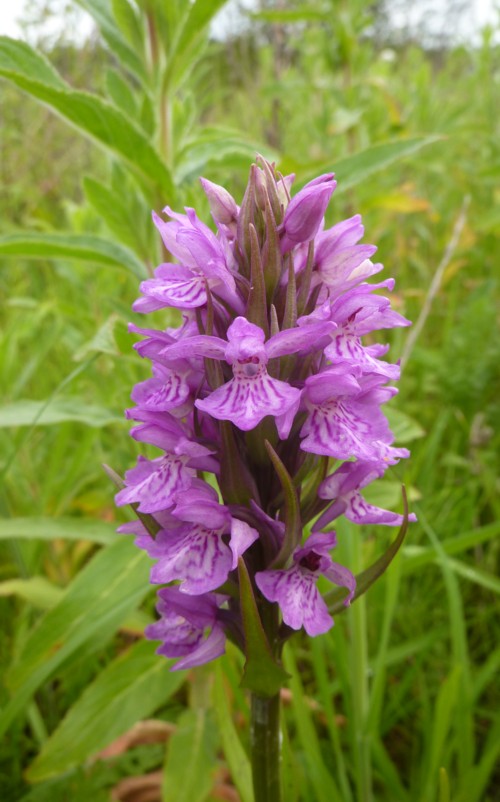 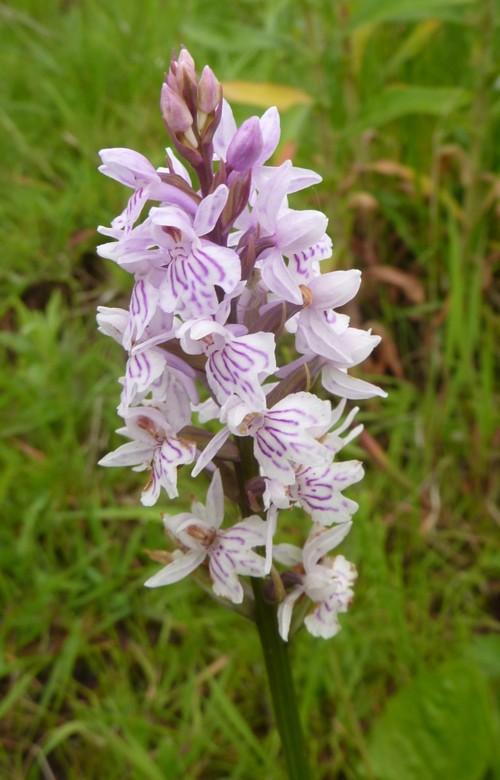 A male Reed Bunting was in the reeds, Swallows and Swifts flew overhead and a Buzzard sat on a telegraph pole. Greenfinches and Skylarks were singing and we saw a Heron on a fence near a pool, standing very upright and slim, almost disappearing when he was face on. A clump of fungi, past their best, were probably Shaggy Ink Caps. 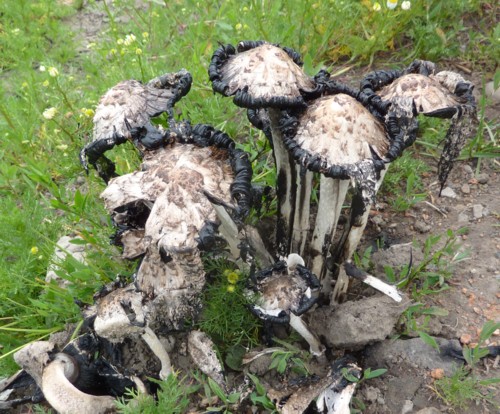 The edges of the cultivated fields were full of Meadow Buttercups and Scented Mayweed, which smells very sweet when rubbed. 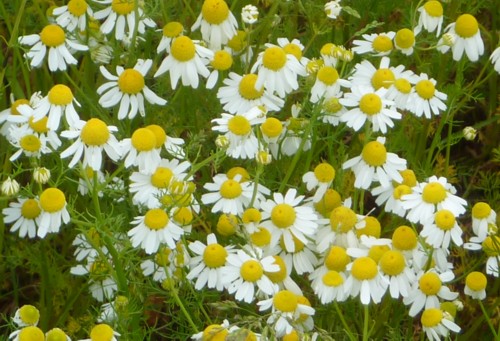 In the old sports field next to Edenfield Road we saw two Greater Spotted Woodpeckers low down on a tree trunk, probably a parent feeding a newly-fledged youngster.  In a Lime tree on Edenfield Road itself we saw several ladybirds, probably after the aphids. One was quite an odd one – long and slim, with some black spots around its midriff – but it got away before I could photograph it. But the other was a red-on-black Harlequin ladybird. 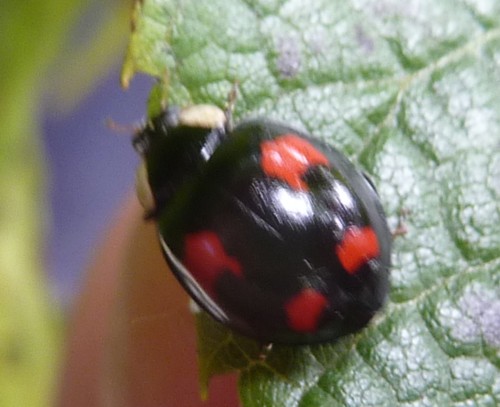 The National Wildflower Centre in Court Hey Park had an event on  Magical Midsummer Party  and it was thronged with kids and pushchairs. But the wildflower areas had some magnificent Viper’s Bugloss, some Meadow Cranesbill, and the orange Fox-and-Cubs.  There was a Common Blue butterfly amongst them. 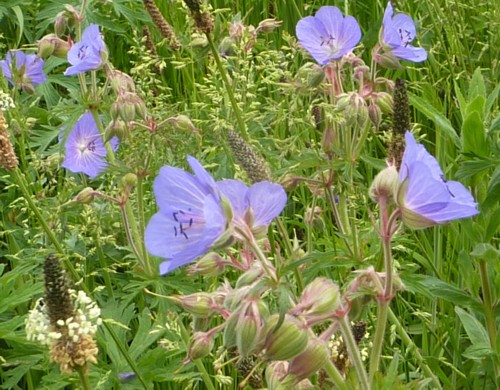 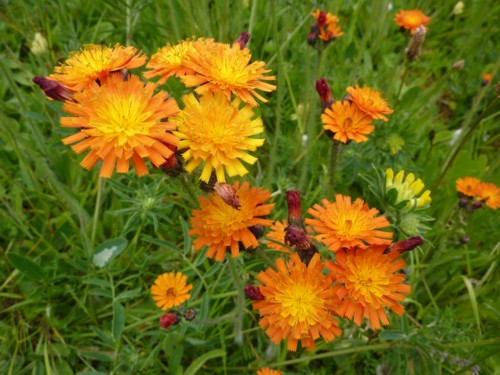 After a quick foray into the Farmers’ Market so that I could buy some Stinking Bishop cheese, we got the 61 bus on Roby Road and were back in Liverpool by 3.30.