It was a cool, overcast morning, with spots of rain. We went from Lime Street station on the 10.30 Blackpool train to St Helens Central, then took the 352 bus from St Helens bus station at 5 to 11 for the 20 minute ride to Carr Mill Road and the Waterside pub.

There were plenty of pairs of Great Crested Grebes out on the water, although none were dancing yet. One pair were bill-wagging, but many of the others didn’t quite seem to be in full plumage.  But there were Canada Geese, Black-headed Gulls, Coots and Mallards.  The trees were still looking wintry and the remaining leaves on the small Beech trees gave the woods an autumnal look. 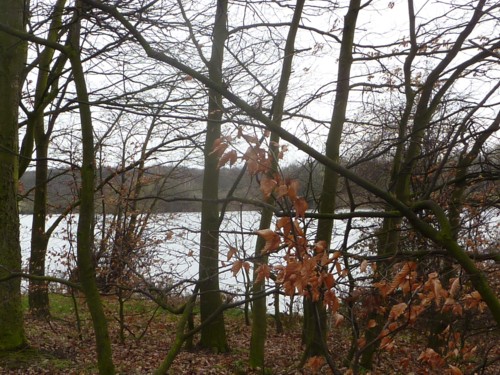 But some things were sprouting: Horse Chestnut buds were just breaking, Irises were shooting up at the lake margins and a patch of Coltsfoot was in bloom. 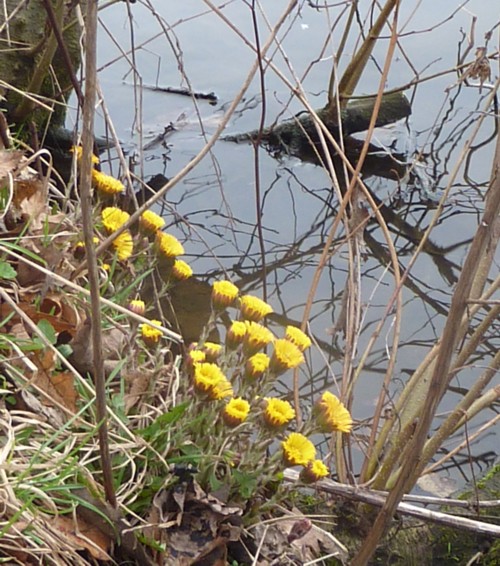 There were plenty of woodland birds like Blue Tits, Magpies and Nuthatches. We stopped to look at a hole in the elbow of a bare Oak tree which was being checked out by a pair of Blue Tits. Were they nesting? But while they were away a Nuthatch came to the same hole and the Blue Tits didn’t return. 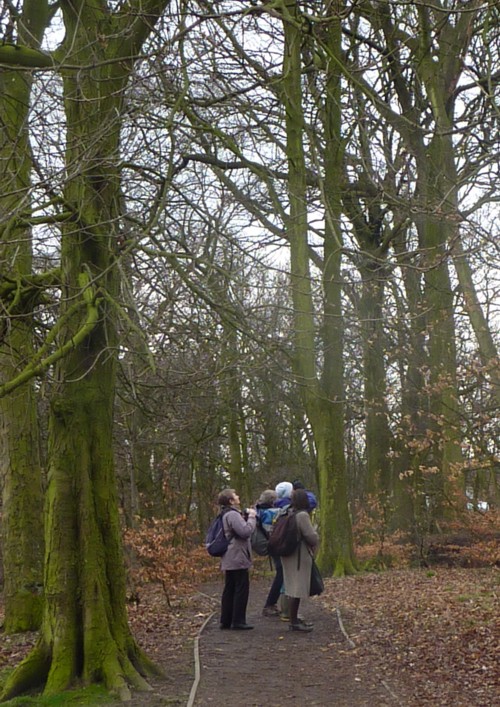 Near the bridge there was a Mute Swan on a nest and we saw a Kingfisher fly under the bridge into the bushes at the northern end of the lake, where it disappeared.

While we were eating our lunch on the bridge, a small river fly landed in Bill’s lunch box. It seemed reluctant to fly off, but after some encouragement and a rest on Bill’s knee, it flew off back towards the bank. It was a pretty thing, about half an inch long (12 mm). The nearest match in my very cursory Collins Gem insect book is to an Alder Fly, but I am open to suggestions. 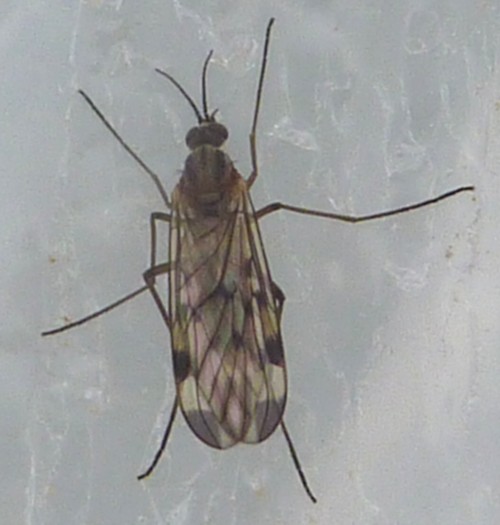 On the track near Otter Swift Farm there are usually lots of ground-feeding birds because someone used to put food out there, but it looks like this has stopped. We saw a Robin, a Dunnock and some Collared Doves and Wood Pigeons on the way back to the lake, and Cormorants, Lapwings and Long-tailed Tits. An old oak had some bushy galls called Witches Broom and a felled Elder tree had three kinds of fungus on the stump: Alfred’s Cakes, Judas’s Ear and clusters of yellow fungi which were probably either Honey Fugus or Sulphur Tuft. 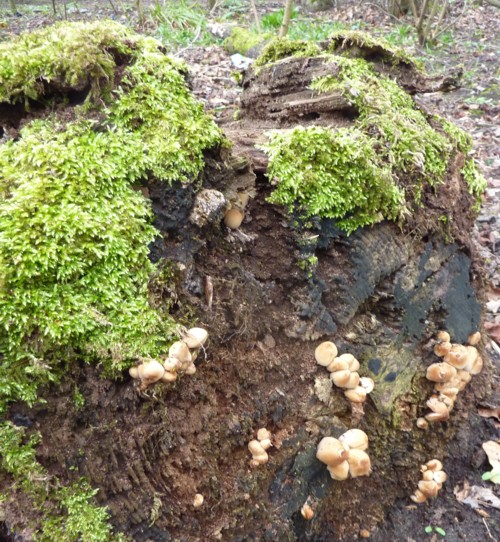 By the slipway to the Sankey Valley we saw a Grey Wagtail, a Song Thrush and some Goldfinches.

The 352 bus outside the Waterside took us back to St Helens bus station, where we got the number 10 bus at 20 to 3 to take us back to Liverpool.