On a bright and sunny day we took the 79 bus from Queen Square to the junction of Childwall Valley Road and Score Lane, and into Score Lane Gardens. There were six House Sparrows in the bushes, a Magpie on the grass and the north-eastward view was splendid. Past Childwall All Saints church and along Childwall Abbey Road took us into Childwall Woods. 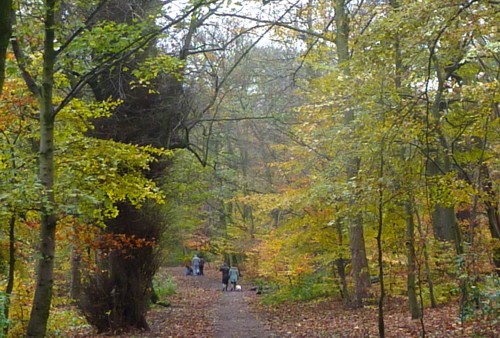 By now it was cloudy, still and damp. Mixed parties of Long-tailed Tits, Great Tits and Blue Tits were flitting through the bare trees, and a Bramble was just coming into late flowering. We saw a Jay and a Grey Squirrel on the ground, perhaps competing for the same acorns. There was a clump of Sulphur Tuft toadstools at the base of a dead tree and some purple, grey and white fungi on an old beech log. They don’t appear to be brackets, because they were complete circles. They were up to 2 inches (5cm) across and flexible. Any ideas? 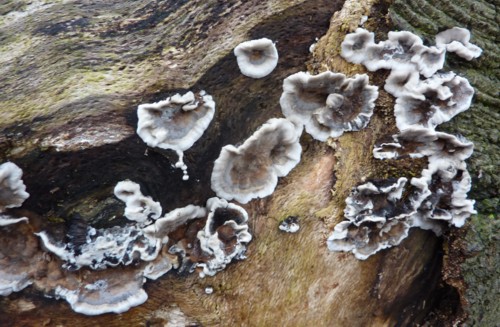 We left the woods by Quickswood Close, crossed Woolton Road and went into the Black Wood for lunch. We found a caramel and fawn ladybird on a Holly bush but it dropped to the ground before we could take a picture of it, and it was immediately invisible amongst the fallen beech leaves. It was either a Cream-spot or an Orange ladybird, probably the latter  both are common in the leaf litter of deciduous woodland. A dead twig had some very strange fungi growing from the broken ends, exactly the size and shape of limpets. They are probably also young bracket fungi, but showing what they can do when they are not jammed against a tree trunk. The pictures below are of the same one, from above and below. 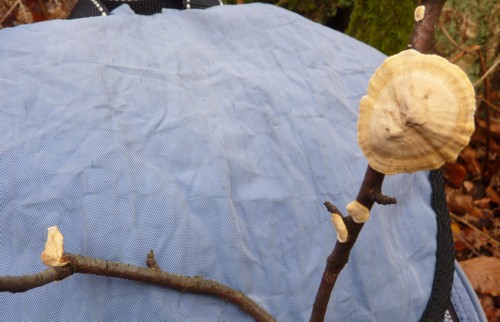 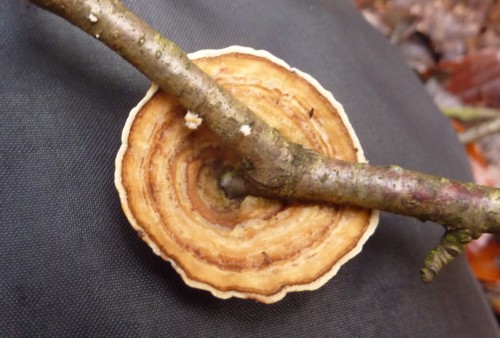 Wood View Road, Woolton Hill Road and Church Road brought us to Reservoir Road, the highest spot in Liverpool at 292 ft. On the corner are the Grade II listed Mere Stones, marking the old boundary between Much Woolton and Little Woolton. 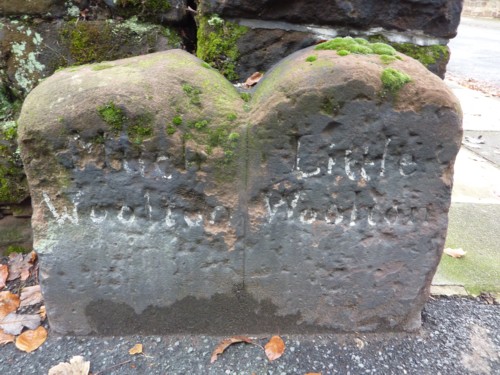 The sundial in Reynolds Park had the Latin motto Solem quis dicere falsum audeat, which is from the poet Virgil and means “Who will dare say the sun is wrong?”.  A winter-flowering cherry was just starting to show blossom.
We headed down to Woolton Village for the bus back to Liverpool at about 2.30.