It was a lovely bright day, no wind, but quite cold (5°C). We met at Liverpool ONE and took the 82A to Riverside Drive / Otterspool Prom, arriving about 10.30. We walked southwards, looking at the yachts out on the river on the height of the tide. 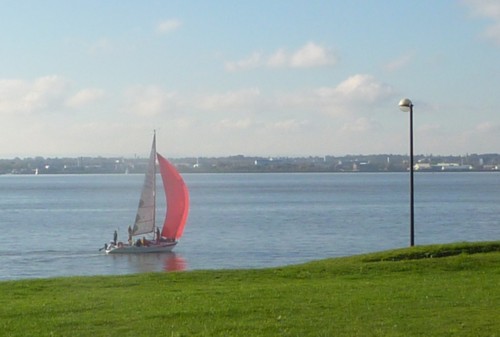 Several fishermen were catching cod and whiting, which, although perfectly edible, were deemed too small and were thrown back. A seal popped its head up, then rolled on the surface before disappearing. In two old mimosa trees on the bank near the children’s playground there was a Pied Wagtail and three or four Linnets which flew down to pick about in the grass. There was a small party of gulls near the exercise machines, mostly Common Gulls, and we watched one of them paddling its feet to charm the worms.
During the morning several emergency craft went upriver towards Speke at roughly quarter-hour intervals. First was the Fire and Rescue speedboat, then the RNLI hovercraft, then a yellow Air-Sea Rescue helicopter from Anglesey, then the Hoylake Lifeboat. Hovering in the distance over the Wirral was the small Air Ambulance. While we ate our lunch we watched the helicopter fly slowly back downriver, hovering over the Fire and Rescue speedboat, winching somebody up. The Liverpool Echo reported on Monday that it was a special exercise, simulating a plane landing in the river. See this link to a photo gallery.
After lunch we walked up to Aigburth Vale through Otterspool Park, with falling bronze leaves sparkling through patches of sunlight. 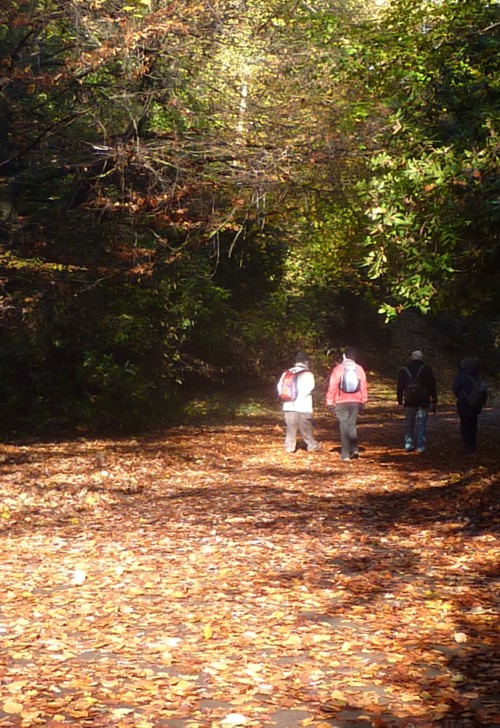 They were unusual leaves so I collected a couple to identify.
Sefton Park lake had the usual Mute Swans, Canada Geese and Mallards. The air was full of Black-headed Gulls. About 40 Coots were gathered at the northern end, some already charging each other aggressively and frightening the Moorhens. A pair of Little Grebes kept out of the way around the shore of the island. 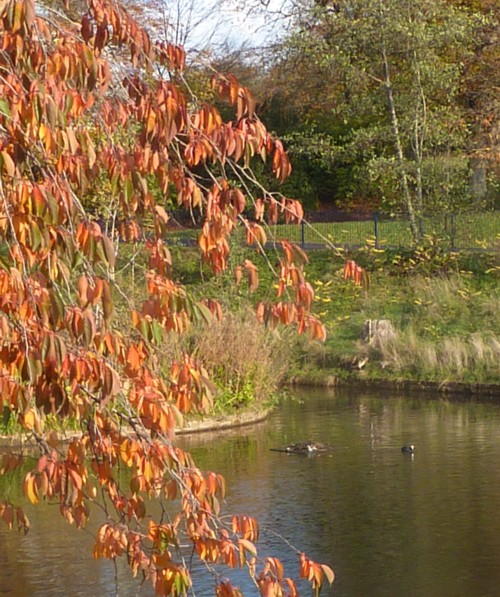 We made our way through the autumn colours of the park to the new Ranger Station for a slide show at 2pm by Ranger Paul on “The History of the Liverpool Parks”. Ranger Ronnie agreed to take a handful of MNA leaflets for display and he positively identified the fallen leaves I had collected earlier as cut-leaved beech (also known as feather beech or fern beech). 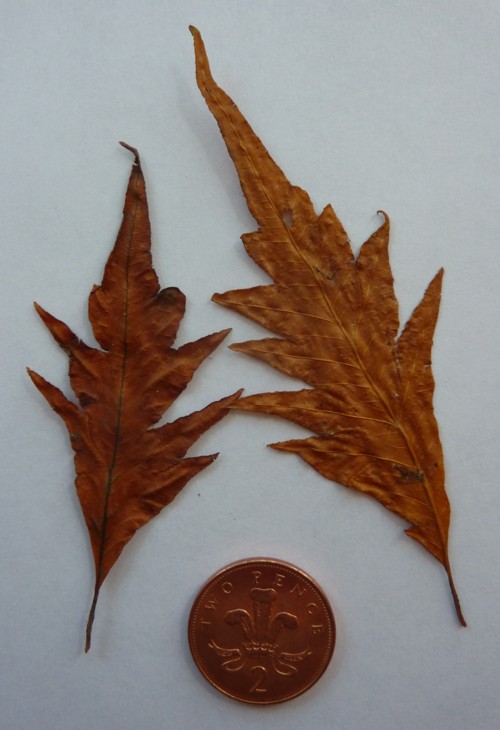